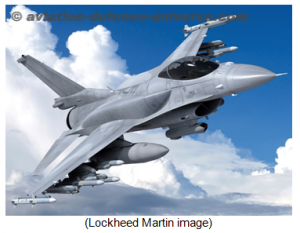 Producing F-16 wings in India will strengthen Lockheed Martin’s strategic partnership with Tata and support ‘Make in India.’ The planned F-16 wing production move to India is not contingent on the Government of India selecting the F-16 for the Indian Air Force.

“Building F-16 wings in India is a natural next step that builds on our successful partnerships with Tata on the C-130J [airlifter] and S-92 [helicopter],” said Vivek Lall, Vice President of Strategy and Business Development for Lockheed Martin Aeronautics. “This is a strategic business decision that reflects the value of our partnerships with India and the confidence we have in Tata to perform advanced defence manufacturing work and deliver world-class products.”

Lockheed Martin and TASL announced last year that the two companies intend to join hands to produce the F-16 Block 70 in India if the aircraft is selected by the Indian Air Force.

To date, 4,604 F-16s have been procured by 28 customers around the world. Approximately 3,000 operational F-16s are flying today with 25 leading air forces, including the U.S. Air Force.