Is Tech – savvy Police force need of the hour? New Delhi. 30 July 2018. Being a privileged lot, we are living in an age and environment where technology and products are available for Predictive Policing and much more. Technological systems for dealing with the violation of law and crime need to be highlighted and were discussed at Police expo 2018 and YOUNG Superintendents of Police Conference 2018 organized by FICCI and Bureau Police Research and Development.

Union Home Minister, Rajnath Singh inaugurated the session with his envision of providing security to general citizens as physical and emotional needs of a policemen are considered by senior officers through tech- savvy police force. He posed his attention towards Predictive policing and challenges in the use of technology by police forces. He also commended the use of less lethal and non lethal weapons along with the use of Drone technology and UAVs which should be used to strengthen the security system.

Dr. A.P. Maheshwari, Director General, BPR&D emphasized on Practical aspects like AI, social media analytics and video analytics. He talked about 2 prime and highly paid jobs in the world for growing organization, Research and Development and data analytics. He further added that ‘Our policing system should be evidence based.’ They are also organizing a pan – India Crime victim survey to gauge people’s perception on police proceedings regarding efficacy of technological applications and their utilities. He referred young superintendents are ‘catalyst of change’.

Rajiv Jain, Director, Intelligence bureau, advised and urged the young crowd that was gathered in the event to ensure basic policing and make optimum use of the technology available to us. The private sector was keen to collaborate with the police force to beef up the security of the country and the citizens according to Y. K. Modi, Past President, FICCI & Executive Chairman, Great Eastern Energy Corporation Ltd. He laid the need of effective policing for enhancement of remuneration of police personnel and internal security for creation of jobs. 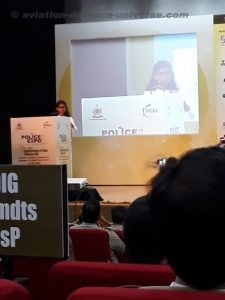 First Session gave an overview of the Technologies for Predicting Offenders, Predicting Perpetrator Identities & Predicting Crime Victims. Police departments have begun to augment traditional forecasting with computer algorithms to determine where crime is likely to happen, and who is likely to commit it. Dr. Avik Sarkar, Head – Data Analysis Cell, NITI Ayog, Govt. of India, commenced the session extending the same topic .He further added the range of technology starting from predictive, audio signals, audio recording, radio, surveillance through drones, which was accompanied by the lead speaker, Akshay Singhal, Partner, Advisory Services, EY.

Another distinguished panelist, Sanjoy Sarma, Chief Products & Solutions, Tata Power SED, said, “The more data you give it, it ingest in any form, the more system becomes predictable.” Differentiating between two scenarios, where laws are defined and where offences are not defined, Criminologist Snehil Dhall, Founder & Director, Crimeophobia, explained crime analytics from his perception. 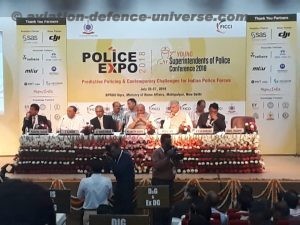 How is BIG Data controlled was another point of discussion? “Predictive Policing is not only subjective to the location but is also subjective to the language and many other elements” said Snell. Radhakrishna B, Director – Risk & Fraud Management Practice, SAS India, gave scientific view to the framework which is around information discovery, advance analytics, intelligence management and case management. Having the context of prevention and deterrence in place, he further added crime data, jail records, CER, SDR, news media, social media, to his list of data.

Session 2 dealt with the clarification of the difference between Smart Cities and Safe Cities, where Safe City projects typically focus on improving the safety of citizens; on the other hand, Smart cities tend to have improved public transportation and intelligent infrastructure. Chair person, Rakesh Asthana, Special Director, Central Bureau of Investigation, discussed how smart and safe cities have challenges ahaead in the road to security. Anvesh Manglam, Additional Director General, Madhya Pradesh Police, leading the session, emphasized on finding our role in using full potential of the resources made available to us by the government. Additionally he said, “MP govt. has been working on various projects since 2013 which are usually referred as Safe city projects.” 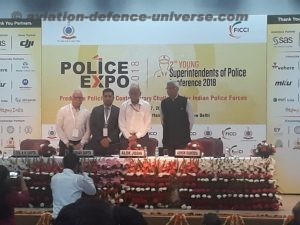 Going as per the facts, “In 2016 Kumbhmela, extensive use of ALPR Cameras, RAVE systems, video analytics was made as a preventive instrument.” Technology plays a very important role in making police efficient and effective. Component of human engagement can never be underestimated. CCTV cameras are used for prevention and detection of crime. “Crime prevention plans have been set up keeping in mind women and children” said Anvesh.

Subhodh Vardhan, Managing Director, Motorola Solutions, quoted that ‘Intelligent Policing is not a new project’. Safety of citizens is of paramount importance.  Clarifying the differences between Mission Critical Network and Public Network, Subodh suggested that Police officers should have an integrated control room. Safe city and Smart city is not really integrated according to him because of no coordination with the police. Summarizing his speech, he said,” There is a need for Smart city and MHA, Smart city comes out of Urban Development Ministry and Safe city mostly comes out of MHA and the two cannot exist independently”. They have to be integrated.

Shishir Verma, Sr. Vice President, MapmyIndia, started presenting his ideas with the notion “Smart city is desirable but Safe city is the need.” No matter how ‘smart’ a city is, if its citizens don’t feel safe, very little else matters. “Curbing crime is the need of the hour”, according to him .Content rich maps are also required. Two more things which he talked about were – 360⁰ panoramic view and Indoor map module. Ending his speech, he said, “Both Smart city and Safe city are the 2 sides of the same coin. A city cannot be smart if it’s not safe.” 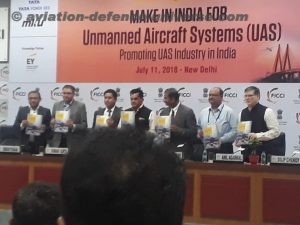 Lastly, Ritu Saini, Acid Attack Survivor & Campaigner ‘Stop Acid Attack’, shared her experiences and presented another angle of Smart city. She strongly believed that society should be smart to make a city smart. “It is more important for a city to be safe than smart”, said Ritu. Thinking of citizens should be smart. We should change ourselves in order to achieve complete freedom. Changing perception of people is what matters the most.

In session 3, Panelists highlighted the industry perspective of the numerous challenges for procurement by Internal Security forces, in the areas of policies and regulations, processes, technological advancements and capacity – building. Ashok Kanodia, Managing Director, Precious Electronics, said, “We are slave to our procedure & process”. Critical thing, according to him, for a procurement to be successful, is that it is important that you adhere to the timeline.

Vaibhav Gupta, Director, MKU, stated that the need of the Public Procurement policy aims to promote indigenous manufacturing in the country inline to the ‘Make in India’ initiative of our honorable Prime Minister. We need to reduce our import bills in order to progress into the future. Emphasizing on the Public Procurement policy 2.4 and 2.0, he presented the facts about India’s spending on R&D which is 0.6% of its GDP whereas in major nations like US, China, Israel and Korea it is 2.8, 2.1, 4.3 and 4.2 respectively, according to Economic survey report. We must realize that manufacturing cannot grow without R&D. Col A.K. Gupta, VP – Marketing & Projects, Alpha Design Technologies, further added to the topic of Public Procurement by disclosed the biggest problem posed in front of us which is of shortage of funds. He talked about the evaluation process of the equipment that should be of selection and not of rejection. Concluding his speech, Col Gupta said, “It is essential that procurement personnel are adequately skilled and trained to make the objectives of effective and transparent procurement.” Valedictory session was addressed by Dr. Kiran Bedi, Hon’ble Lt. Governer of Puducherry, who discussed the daily schedule of young SPs. By setting hour-by-hour timetable, she intended to train young Policemen and made them ready for that day to deal with the crime. India would be a different country if young Superintendents began their day correctly and got to the field by 9 AM. She said, “No crime can when you have an SP who begins the day at 5 in the morning, ideates in quietude for around an hour, getting a new updates by 7, leaves home at 8 for police station in the jurisdiction to interact with his team, learning from them and advising them.” Continuing her speech, she said, “By 10, you are done and ready to employ the technology and tools at your disposal to deal with crime”

She disclosed the secret of good policing that is to set oneself free and not be slaved. Adding to this, she said, “Do not forget the purpose of your service to the country, family and everything else comes later. Uphold and implement the law and deal with crime, don’t wait for orders to address crime.” Advising BPR&D to get an online training platform and to collaborate with training academies, Kiran Bedi believed that BPR&D could do well in IT Certification Training Program in partnership with FICCI.

Dilip Chenoy, Secretary General, FICCI also showed interest in strengthening the collaboration with the Police in order to beef up its capabilities for the safety and security of the people. Suggesting the need of the state – level R&D units to undertake data analytics and combing the works of scholars and Policemen, Dr. A.P. Maheshwari, Director General, BPR&D said, “For analyzing crime data, science graduated and post graduates could be chosen.”

Other sessions aimed to highlight the advancements in technology for SMART Policing which could be deployed by various internal security forces and discussion was also held on predicting cyber crime against women. To counter and to effectively handle the critical law and order situations, a holistic analysis of different facets of the information is necessary.