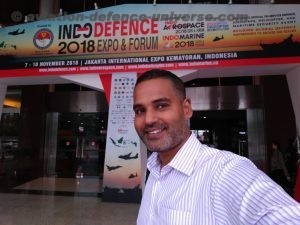 Jakarta. The Indonesia’s  Tri-Service Defence event being held at Jakarta International Expo Kemayoran, Indonesia, hosted by the Ministry of Defence, INDO DEFENCE 2018 Expo & Forum is the cynosure of all eyes.

Indo Defence 2018 is a focused event covering the complete spectrum of this sector, which includes Airborne, Land Based & Sea Based Platforms Systems & Equipments; Command, Control, Communication & Information and lots more. It is bringing together key decision makers from the various defence authorities and companies in the region.

Indo Defence 2018 is perfectly timed to take full advantage of the business opportunities arising from the increase in budgets allocated for defence project. Total Industry support from Indonesian authorities, institutions and international publications. 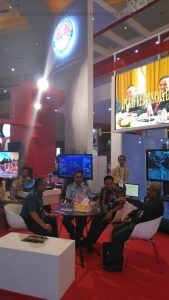 Asia Pacific is currently a strategic area because it covers the Area in the Indian Ocean and Pacific Ocean Circles which is currently the Global Economy’s center of gravity because of the rapid economic growth in the Region which has an impact on increasing trade volume, population, and the integration of one country with another in globalization framework. This is not only a strategic advantage for every country in this region because it can be an influential country to take advantage of the shift of the center of the world economic flow, but also at the same time become a challenge that must be prepared and faced because the shift in Center of Gravity (CoG) in the region will also bring threats separately, especially threats in the field of defense and security.

Until now, at least there has been a real threat in the field of defense and security in the region that needs to be resolved immediately in the transnational scope, such as the threat of radical terrorism that is transnational in nature and has networks and activities that are widespread and closed so that it requires collective handling through collaboration agencies and ongoing interactions between countries. In response to this phenomenon, it can be concluded that there is currently a shift in the form of threats in the field of defense and security where initially the threat was traditional threats in the form of military threats / invasion by other countries to certain countries to become non-traditional threats with non-state elements being the main threat. 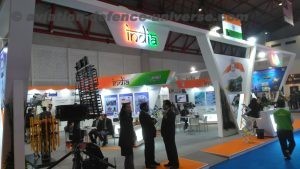 In the tomes of internal threats a growing homeland security market are visible with a variety of Internal Security Equipment like Anti-Riot, Crowd Control, Detection Police Equipment and Explosive Disposal Equipment.

Research & Development this year saw a major section and universities and research labs projected their research works and existing projects by various governments and industry. 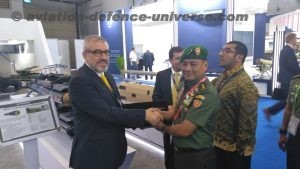 Indo Defence 2018 has got together key decision makers from the various defence authorities and companies in the region. Indo Defence 2018 is also targeted at hundreds of senior officer, from the provinces in Indonesia.It  is perfectly timed to take full advantage of the business opportunities arising from the increase in budgets allocated for defence project.