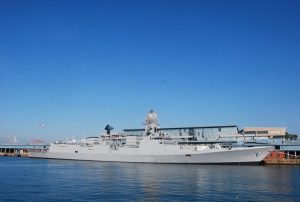 During the visit, the warships will have professional interactions with the South African Naval Forces (SAN) for enhancing co-operation and sharing the nuances of naval operations including combating maritime threats of terrorism and piracy. Calls on senior Government and military authorities, training and technical cooperation measures with SAN, sporting and cultural interactions, aimed at strengthening ties and mutual understanding between the two forces, are also planned. 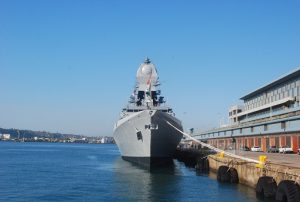 The last visit by an Indian Naval ship to South Africa was in November 2014, when Indian Naval Ship Teg made port call at Simon’s Town and Cape Town as part of Exercise IBSAMAR, a trilateral maritime exercise involving navies of Brazil, India and South Africa. SAN also participated in International Fleet Review hosted by India in February 2016 and was represented by SAN ship Spioenkop. The current visit seeks to strengthen the existing bonds of friendship between India and South Africa and underscore India’s peaceful presence and solidarity with friendly countries of the region.