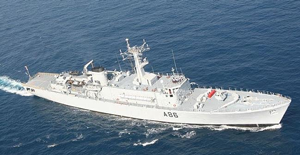 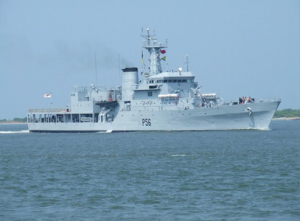 The First Training Squadron forms part of Southern Naval Command (SNC) and comprises Indian Naval Ships Tir, Shardul, Sujata, ICGS Varuna and two Sail Training Ships Sudarshini and Tarangini, all of which have been built in India. The primary aim of the Squadron is to impart training to Naval and Coast Guard trainees, with a 24 weeks ab-initio sea training being imparted. The trainees are imparted training in Seamanship, Navigation, Ship Handling, Boat Work, Technical aspects, etc whilst being exposed to the rigours of life at sea, so as to earn their ‘sea legs’.