Bangalore. 13 September 2016. The first flight of Safran’s Ardiden 1U engine, powering the Indian LUH (Light Utility Helicopter), took place recently in Bangalore. LUH is a new three-ton, single-engine, multipurpose rotorcraft designed by Hindustan Aeronautics Ltd. (HAL). The Ardiden 1U met all the performance targets set for this maiden flight.
“This flight marks a major milestone in our partnership with HAL”, commented Bruno Even, Safran Helicopter Engines CEO. “Safran is demonstrating through this program its ability to deliver ontime best-in-class products for new generation helicopter. We are delighted with Ardiden 1U progress. Selected by HAL in 2014, first bench tests took place in December 2014 and it has taken less than three years to get to this maiden flight”. 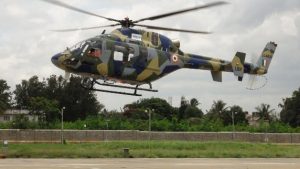 Specifically designed to power single-engine rotorcraft, the 1U is a derivative of the Ardiden 1H1 1,400 shp engine. Certified by EASA in 2009, the 1H1 was co-developed by Safran and HAL. It is now in production under the Shakti designation, and powers HAL’s Dhruv and Light Combat Helicopter and today, more than 250 units are in service. Safran Helicopter Engines provides engine solutions to all HAL’s new generation rotorcrafts.

Ardiden 1U compact architecture features a gas generator made up of two centrifugal compressor stages, coupled to a single-stage high-pressure turbine and a two-stage power turbine. Ardiden 1U certification is planned for 2018. Once certified, LUH will benefit from robust support under a new joint-venture, formed recently by Safran and HAL, to provide MRO to engines installed on HAL-built helicopters.

Published in Engine Makers and industry