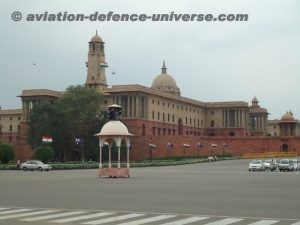 New Delhi. 10 October 2018. As the top commanders of the Indian Army sit behind closed doors at the Commanders Conference  to discuss the path ahead for the  force, many veterans who had been a part of this brainstorming while they were in active service, told Aviation & Defence Universe (ADU) their takes on the much hyped proposed restructuring.

So we decided to meet some of them and get an insight into how they perceived the change. Lieutenant General Satish Nambiar, Padam Bhushan, (Retd.) formed DGMO, first Force Commander and Head of Mission of the United Nations forces in the former Yugoslavia said, “Am reluctant to comment at any great length since one is not privy to complete details. However, on the face of it, there seems to be no reason why Division Head Quarters(Div HQ) cannot be done away with in Holding Corps. This has been studied before. Advances in communication technology and weaponry permit such flexibility today. However, strike corps may still need to have division size formations. I do not see much operational logic in doing away with the rank of brigadier. Perhaps that is being considered for reasons of equation with civilian counterparts. In so far as keeping a young profile for the Army is concerned, I think the relevance is at unit level command and below. In any case, I do think our colleagues in Service are competent enough and well qualified to analyse the requirements rationally and arrive at appropriate decisions and recommendations. Needless to say, if these are to carry credibility, they must be the outcome of collegiate consideration and not imposed on the Service.” 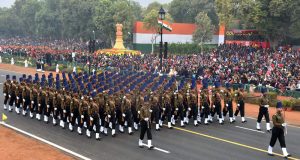 Lieutenant General Chandra Shekhar (Retd.) who was Vice Chief of Army Staff  strongly feels, “This is obviously a complex issue but needs to be addressed. No one can dispute the efforts to stream line the field formations, and make them lean and task oriented. The future battles are going to be sharp and fluid, with a flexible application of the force levels. The Div HQ tends to be slow and unwieldy, except in the well dispersed mountainous terrain, where movement is slow and manpower heavy. I would recommend we need to be selective in our restructuring and leave it need based, rather  than a uniform set up across the board. As far the rank structure is concerned , we cannot make the comparative equivalence with the civil corresponding  as the rationale. We should retain our traditional rank structure intact. We can always introduce the concept of making the Brigadier, as the additional Major General or making the Brigadier as a stroke appointment with that of Major Generals. Same analogy can be applied elsewhere. So far as the issue of making the army young  is concerned that is subject of a separate study and is related to cadre management, manpower planning, promotion policies and retirement and lateral entry into other services and PSUs. The effort to reduce the manpower has been addressed earlier as well. There are many options, both for the Non Field Force as well as the Field force. It needs a strong govt to disband and relocate the man power. we could use the previous studies on the subject.”

Lieutenant General Vinod Bhatia, who was former Director General Military Operations (DGMO), analysed, “Whatever we do, the first thing is to study and carryout a ‘Cause and Effect Analysis’ – we often resolve one problem and create a few more.  The restructuring and reform should aim at enhancing combat effectiveness and in that may address the issues of ‘congruence between organizational needs and individual aspirations’ as motivation and moral is a critical component of war fighting.  Yes, given our war waging strategy (Pro Active) along the Western borders, there is a need for restructuring.  The Brigades can be reconfigured and can be directly controlled operationally by the Corps HQs.  This however, may not be feasible in the HAA region and the Northern borders.  Given the current state of our infrastructure and single lines of communication.  The Div HQs will also be required in the mechanized battle.  Given the communication available the Corps HQ does have the capability and ability to command and control Integrated Battle groups, this has been practiced to an extent in exercises and war games.  However, prior to change the concept will need to be test bedded. The need to reduce the number of ranks from 9 to 6 is dictated by an imperative to ensure status equivalence and addressing the aspirations of the military leaders as the government has not agreed to grant NFU and review the cadre.  As per DOPT rules a cadre review of all Group A and Group B services is carried out every five years – last cadre review  for service officers was done in 1983/1984.  This has resulted in major command and control issues specially in conjointly manned  organizations like MES, BRO, DGQA, DRDO, etc as established norms have been violated leading to these organizations becoming dysfunctional. Yes, if well thought out and properly implemented.  In case the Recommendations of the Army are implemented in part by MoD the exercise will result in degrading the effectiveness of the army and major functional problems.  The proposal after due deliberations needs to be implemented in totality and not in part as it is most likely to happen seeing from past precedence and experience. Restructuring should be discussed, deliberated, debated at various levels prior to implementation.” 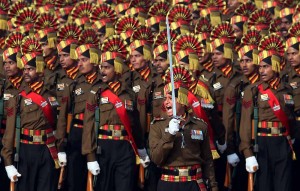 Lieutenant General CA Barretto opined, who was Commandant CME “ To be frank, as a veteran one is used to the prevailing rank structure. The problem arises in equations with the IAS, IPS and other when it comes to status of rank in dealings. The number of ranks in the Army are much more than in the bureaucracy and police. It will be seen that most officers in the IAS get promoted to Joint Secretary (which is equivalent to a Maj Gen) with 18 years service, whereas in the Army an officer takes very much long. I had 33 years service when I became a Maj Gen! It may be slightly less nowadays. When it comes to official interaction it is embarrassing for a Maj Gen to interact with a Joint Secretary who only has 18 years service and draws the same pay. In fact all IAS officers generally rise to become Joint Secretaries whereas in the Army it is not so for Major Generals. I guess the intention is to have brigades commanded by Major Generals so that they get the rank earlier, increase the promotion prospects and status vis-à-vis IAS/IPS equivalents. You need to verify that the number of various ranks being proposed in the Army are the same number as that presently in the IAS, IPS etc. to ensure equivalence and status in dealings, length of service for promotions etc. I think the Div HQs are being done away in respect of formations in a defensive role, that is, holding ground. However, for formations in an offensive role Div HQs are likely to stay for purposes of planning and effective command and control. In a defensive role the Corps HQ will have a more direct involvement.  As such, I personally feel it may preferably have to be located nearer the brigades under it. Whether this is implementable is difficult to fathom out. Take the example of 4 Corps located in Tezpur, whereas the Div HQ is in Tenga Valley with a Brigade in Rupa, Bomdila and Sela areas in NEFA during my time. The same Corps also has under it Divisions in Nagaland, Mizoram etc. I presume the structural changes would have to be discussed with those who matter on the ground, namely, Army Commanders, Corps Commanders and Division Commanders. Should they be comfortable with and accept the changes the decision is theirs and we veterans have no role in influencing their decisions as they are answerable and not us as changes may be inevitable with the passage of time. With increase in pay and pensions, the Defence Budget is under pressure and some savings in manpower and expenditure may also be achieved with the changes envisaged.”

Lieutenant General NR Khanna ,PVSM. (Retd.) who retired in January 1997 as Engineer-in-Chief of the Army stated, “ We should not bother about its effect on rank structure as the main purpose is effectiveness in peace and war. During peacetime Army is deployed in aid to civil authority where only infantry is employed. Administrative support to the troops is provided by respective Area/ sub Area involved. There is , therefore, no need for Division Head Quarters. In War, however, there is need for balance in composition of the fighting force and Division is the smallest force which is balanced in composition. However, it is pertinent to know that Israel Army has only Brigades which are controlled by their Defence Head Quarters. Is this model pertinent to us? This is a moot point. In my opinion it is not because of much larger borders and our concept of being prepared for two fronts.”

Major General  Prabir Chakravorty (Retd.) former Additional Director General Artillery and  Defence Attaché to Vietnam feels, “ Simple answer is a few divisions with composite brigades can run the show. The US and China are undertaking the same. With present communications setup it is not difficult. Possibly it would be better. You have to either upgrade the rank to Brigadier General or remove it. The reason being you are following an equivalence system and not a military system. All these may not in the short run make the Army young but in the long run it would be effective.”

Bhagwat Geeta has enunciated that change is the essence of life . So changes which bring efficiency & effectiveness should be welcome . However, if it is to copy some other armies then one needs to ponder. We should bring in changes which suit our environment to include our neighbours ,relations with them ,political , economic and speed of reaction .Based on the survey carried out one thought is common – have discussions with the Corps and Division Commanders and if accepted by them then first implement the idea on experimental basis .

The Rationalisation proposal was the recommendation of a Study Group or Committee nominated by Army HQ. If so, I presume it would, thereafter, have been discussed with Army Commanders. Have the affected Corps Commanders been consulted and their views obtained as they would now have to control Brigades directly in the absence of Div HQs in their respective areas of responsibility in a defensive scenario?

After speaking to these General Officers ADU concluded  that there is a need for a National Defence Policy to be formulated by the Government, which is a pre-requisite. Unfortunately they have not done so over the years and there is none in existence. Without such a Policy as a guide we should avoid tinkering around with the structure of our forces which depends on and should relate to the needs and dictates of the National Defence Policy.