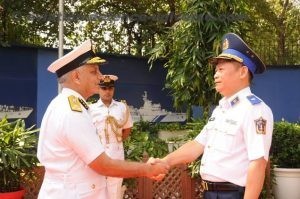 During the meeting both sides agreed to strengthen mutual cooperation in accordance with the provisions of MoU. Sharing of best management practices and augmenting operational level interaction were also agreed upon.

Relations between the two Coast Guards go back a long way with ICG ships visiting Vietnam for professional interactions since 2001.This meeting is in continuation of the efforts by the governments of the two countries to enhance cooperation between the Coast Guards in the field of maritime safety and security at sea. 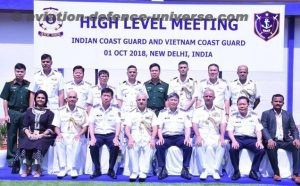 The meeting was significant in providing added impetus to the already existing professional relationship between the Coast Guard of India and Vietnam.