New Delhi. 01 April 2018.  More than a score of senior Air Force, Navy and Army officers as also senior defence ministry bureaucrats, defence and industry experts expressed grave concern over the fast depleting combat strength of the IAF. Debating the issue at a Round Table Conference organised by The Delhi Forum for Strategic Studies, and Vayu Aerospace and Defence Review Re-energising India’s Air Power, they urged the government to expedite the process of finding a suitable fighter type that meets the requirements of the IAF in affordable numbers and which would operate alongside the LCA, Rafale, Su-30 and some legacy combat aircraft. They stressed that inspite of the sanctioned strength of 42 combat squadrons required by the IAF to face a two front threat, this has drastically come down to 31 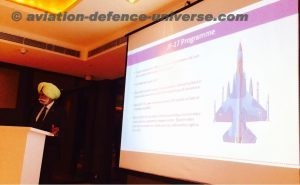 at present and which would plummet further over the next decade despite the addition of some Rafales and LCAs.

The Round Table also felt that at this stage, “a repeat of the MMRCA process” would be infructuous and could even see some companies declining to participate in light of their earlier experience. Former Deputy Chief of Air Staff, Air Marshal Nirdosh Tyagi who was directly involved with the MMRCA process during the critical run up to selection of a fighter for the Indian Air Force, was candid in his remarks that “a re-run of virtually the same process would be infructuous at this juncture”. Reviewing the background which has led to the present situation, the Air Marshal stressed that life-cycle costs were then, and remain, a major factor.  In view of the present situation where the IAF’s combat aircraft strength continues to decline further, a decision on the acquisition of new fighters must be fast tracked even as the LCA programme continues at its own pace. 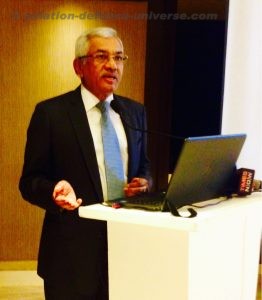 According to Air Marshal Ajit Bhavnani, former Vice Chief of the Air Staff, “To maintain strategic stability in our region, it is imperative that urgent steps are taken now to ensure IAF combat force levels are built up as soon as possible. The next generation AMCA should be the next major objective for India’s aerospace industry. We should learn lessons from the past and reduce timelines by having an experienced technology partner to support the project. As an example, the Chinese began development of their J-20 stealth fighter in the late 1990s and it has just entered service in 2017 after 20 years.”

Projecting the IAF fixed wing combat force levels till 2032, Pushpindar Singh Chopra, of The Society for Aerospace Studies, pointed out that the IAF would soon see a precipitous depreciation in the remaining numbers of MiG-21bisons and MiG-27s, while the present ‘legacy’ Mirage 2000s, MiG-29 and Jaguars would also be phased out by 2032 when the IAF’s combat squadron numbers would come down to an unacceptable 23, a large proportion of them being the heavy Sukhoi Su-30 unless urgent decisions are taken on the selection and induction of a new medium multi-role combat aircraft type.

The Round Table Conference took place against the backdrop of the compelling circumstances in which the Indian Air Force finds itself today, the predicted depletion of combat squadrons taking place without credible replacements in the foreseeable future. Presently, there is still only one squadron of Tejas LCAs, but still under forming and without final operational clearance.

The former Chairman of HAL Dr RK Tyagi was concerned on the continued confusion as far as next variants of the LCA are concerned, which will further impact on their availability. He felt that, at this rate, it could take several decades for enough LCAs to meet the IAF’s needs. 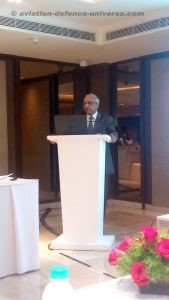 In 2018, the number of IAF combat aircraft squadrons is down to 31 and this slide will continue unless urgent decisions are taken.  It was re-iterated at the workshop that while IAF force levels are reducing to alarming lows, those of Pakistan and China are increasing, and modernising. The participants urged that the government streamline the acquisition process, keeping in mind the country’s overall strategic environment and economic realities.

The overall objective of the discussion was to craft a set of recommendations on the fastest route for induction of new, multirole fighter aircraft, in affordable numbers as would provide India with credible air power over the next many decades.