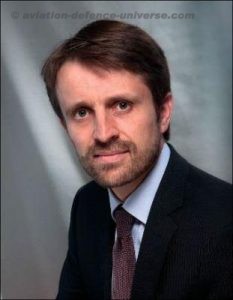 Paris, 02 March, 2018.  Franck Saudo will be the new  Chief Executive Officer of Safran Helicopter Engines, effective April 2, 2018 stepping into  Bruno Even’s  shoes , who is leaving Safran to join as CEO of Airbus Helicopters.

Franck Saudo started his career in 2003 at the Treasury Department of the French Ministry of Finance, first acting as head of financial markets, then in charge of issues concerning international debt and the Club de Paris. In 2007, he was named financial sector advisor to the cabinet of the French Minister of the Economy, Industry and Employment. He joined Safran in 2011 as deputy to the Group’s Executive Vice President for Strategy and Development. In July 2013, he was named Vice President, Support & Services at Turbomeca (now Safran Helicopter Engines). From December 2017 to this latest appointment, he was CEO of Safran Transmission Systems.

Meanwhile the new incumbent  at the helm of Safran Transmission Systems, effective April 2, 2018 will be Eric Valentin who has been named Chief Executive Officer . Eric Valentin started his career in 1998 with Alcatel Cable (now Nexans) as internal consultant, project manager, and then SAP implementation program manager. 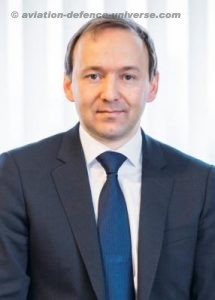 He joined Safran in 2003 with Ningbo Bird Sagem Electronics Co., Ltd. as Vice President for Finance and Human Resources, subsequently being named Senior Executive Vice President of the company. In July 2007 he was named deputy director of the 2G Business Unit at Sagem In March 2009, he moved to Messier-Bugatti-Dowty (now Safran Landing Systems) as Vice President, Operations for the Suzhou plant in China. From April 2012 until this latest appointment, he was Vice President for Production in the Landing Gear & Integration division of Safran Landing Systems. Eric Valentin, 44, holds degrees from the Ecole Polytechnique (1993) and the Ecole des Mines de Paris (1998).