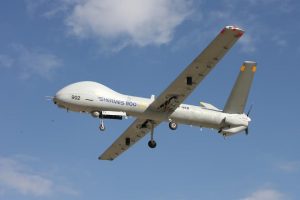 At the upcoming Aero-India Air & Space exhibition takingplace in Bangalore, IndiaonFebruary 14-18, 2017, Elbit Systems will present its holistic approach for rotary winged aircraft protection solutions, intelligence gathering and training and simulation solutions. The operational systems presented at the exhibit are interconnected with training systems, allowing enhanced readiness of all aircrew as well as mission review.

The following will be highlighted in Elbit Systems’ booth (A 2.5 Hall A):

The system is extremely small and lightweight and has a modular and open architecture with multiple interface abilities. The suite can be effectively integrated with direct infra-red countermeasure (DIRCM) systems, due to its high range detection and direction finding (DF) accuracy, by operating both in the same wavelength, thus enabling extremely fast hand-over from IR PAWS to DIRCM and enhancing deception probability. ALL-in-SMALL can be provided with the following advanced capabilities : IR-Centric™, ESM, multi-spectral  threat geo-location and net-centric EW applications.

GATR/STAR is a Laser Guidance Kit installed on 70/80 mm rockets, converting them into metric precision guided weapons.Launched from a variety of platforms, STAR/GATR successfully engages soft or lightly armored, stationary or moving targets.

LIZARD™ is a family of modular guidance kits offering the option of Laser-Seeker (LIZARD2 and LIZARD3) or dual mode (GPS/INS and Laser, LIZARD4) guidance. By converting general purpose bombs into smart munitions, Lizard increases the capability to counter any stationary or moving target, day and night, in all weather conditions.

EMA 66 BD BR -Air to Ground Rocket-70mmare double based solid propellant rockets, aerodynamically stabilized by three wrap-around retractable fins for use in tactical and training operations against surface targets, able to be launched from helicopters or fixed-wing aircraft. EMA 66 BD BR has greater thrust and rotation, givingit better stability and precision in the trajectory.

EMA 40 BD BR- 70mm Air to Ground Rocket are similar to the MK 40. The rockets aredouble based solid propellant rockets, aerodynamically stabilized by four fins, for use in tactical and training operations against surface targets. The stability in fight is maintainedby a spin movement induce by means of the divergent conception of its nozzles, that provides a rotation of approximately20 rps. 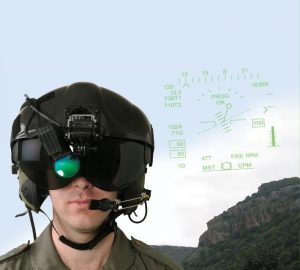 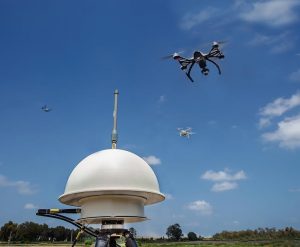 ReDrone (mock up)is anadvanced anti-drone protection systemdesigned to detect, identify, track and neutralize different types of drones at a designated airspace. The system is capable of separating a drone’s signals from its operator’s remote control signals, as well as pinpointing both the drone and the operator’s directions. The advanced detection system provides 360-degree perimeter protection and complete, up-to-the-minute situational awareness. It can also deal with several drones simultaneously.After detecting a target, the ReDrone system disrupts the drone’s communication with its operator, blocks its radio and video signals and GPS positioning data, and sends it off track, preventing it from carrying out an attack. ReDrone’s infrastructure is designed for easy and rapid installation in different application areas and terrains, and is suitable for operation in all weather conditions. Its digital control unit, which is based on Android, features an easy-to-use, intuitive user interface.

Light SPEAR™ –aself-protection jammer system for Unmanned Aircraft Systems (UAS), Light SPEAR is suitable for UAS platforms due to it’s extremely lightweight.The system improves the UAS’ survivability and meets the growing world demand to operate and collect accurate intelligence in a highly hostile environment. This compact ESM & ECM solution is based on multiple DRFM channels, working in parallel and covering a wide spectrum. The system’s 3U VPX standard allows simple integration with an array of transmitters and platforms – and its low Size, Weight and Power (SWaP) consumption makes it an ideal EW system for multiple operational platforms.

Emerald AES-210V is amodular airborne system thatdetects, identifies and locates ground-based airborne and ship-borne radars as well as communication emitters. AES 210 is designed to meet the full range of UAS tactical and strategic mission requirements, effective even in the most hostile scenarios. Emeraldis lightweight and easy to install and to remotely operate from a ground control station.

Tactical Video Data Link (TVDL) –is a video and data receiver/transmitter system especially designed for deployment on combat helicopters. As a true video relay, fully interoperable with the latest remote video terminals, the TVDL enables displaying real-time surveillance imagery and data captured by UAS payloads or ground-based sensors, as well as imagery captured by onboard payloads, directly in front of the aircrew, and simultaneously transmitting the received video and data to tactical ground forces and to other helicopters.

Da-Vinci – is aman portable, multi-rotor mini-UAS platform. Designed and built from the ground up, with a real-time HD data-link, various payloads and unique control software, it is a powerful tool for a variety of missionsto support Military and Paramilitary forces. It can be deployed almost anywhere and in a wide range of weather and terrain conditions. The Da-Vinci features an automatic takeoff and landing capability, operating at an operational altitude of up to 2000 feet and is capable of performing autonomous mission flights for more than an hour.

SkylarkTM I-LEXis a next generation of the legacy Skylark I-LE mini-UAS. This man-portable electric propelled UAS is best suited for organic “beyond the next hill” reconnaissance, counter insurgency and force protection missions, as well as civil applications including perimeter security, border and coastal surveillance, anti-terror and a variety of law enforcement missions.

Seagull™(USV model)A multi-mission, 12-meter autonomous Unmanned Surface Vessel(USV) system, Seagull is equipped to perform versatile missions with modular payload suites such as dipping sonar and torpedoes to detect and engage submarines, towed side scan sonar/ SAS and mine identification and neutralization.The Seagull USV is also designed to carry out unmanned maritime missions such as protection of critical sea areas, electronic warfare, hydrographical survey missions and more. Seagull can be operated from manned shipsor from the shore.

The following exhibits will be showcased at partner company booths:

Long View CR (Presented at the Alpha booth)is a highly advanced system with a unique ability to acquire long-range targets or to observe small targets, such as enemy fighters, in high spatial resolution under severe visual conditions day or night.