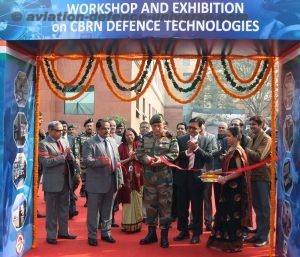 Speaking on the occasion General Rawat complimented DRDO and said CBRN threat is becoming a reality, particularly from the “non-state actors” and he is sure that DRDO’s long term perspective plan in conjunction and integrated perspective plan of the services must encompass development of mitigation of technologies against such CBRN threats. 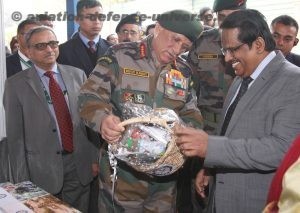 Dr Shashi Bala Singh, Director General (Life Sciences) at DRDO in her welcome address highlighted the contributions of DRDO to the National CBRN Defence Preparedness and Capacity Building and said that more than 68 developed products related to CBRN by DRDO are already inducted and 25 more have been realised and ready for induction. She further said that this has been made possible due to a large participation of private sector with more than 50 industry partners.

The aim of the workshop is to further enhance the level of preparedness and strengthen the partnership among the stakeholders. Besides DRDO, the workshop has the participation from the three Services, Ordnance Factory Board, National Disaster Management Authority, National Disaster Response Force, Min of Home Affairs, Central Armed Police Forces, SPG, 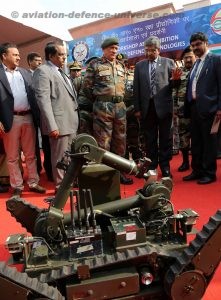 National Security Guard and several other government/security agencies, etc. The event provides an opportunity for the stakeholders to interact and understand the requirements of each other and respond in a way to bring coherence in the system that will eventually strengthen their partnerships and enhance the National preparedness level.

The DRDO has trained more than 4,000 military and paramilitary personnel towards mitigation of CBRN threats. It is working closely with all stakeholders including the Armed Forces. It is also providing CBRN support during the Republic Day and Independence Day celebrations.