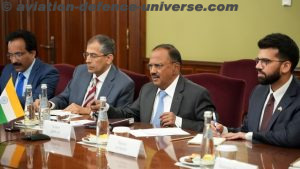 Moscow. 18 August 2022. Deputy Prime Minister and Minister of Industry and Trade Denis Manturov met with Advisor to the Indian Prime Minister Ajit Doval. Manturov participated in the meeting in his capacity as Chair of the Russian part of the Intergovernmental Russian-Indian Commission for Trade, Economic, Scientific, Technological, and Cultural Cooperation.

The parties discussed the development of trade and economic ties and current issues related to cooperation in other spheres of mutual interest, including the peaceful use of outer space. 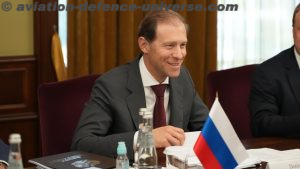 “I think it is important to use the mechanism of the Intergovernmental Commission to the maximum degree in order to strengthen bilateral collaboration across the board,” Denis Manturov stressed.

He also congratulated the Indian partners on the 75th anniversary of India’s independence.