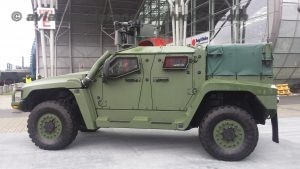 The integration of multiple radios and other communications systems on a single platform or in a congested environment causes Radio Frequency (RF) interference which can dramatically reduce the effective radio range. This increasingly operational problem is being exacerbated by the increase of on-board communications systems which can mean they are competing for data and spectrum allocation.

David Bulley, VP and General Manager of Cobham Antenna Systems said “Cobham has been at the forefront of RF interference cancellation technologies for over 20 years with proven field performance. As communications systems on platforms have become increasingly complex our expectations of them has also heightened; Cobham’s new ICE products allow users to streamline their communications systems without affecting performance or range which makes a critical difference during operations.” 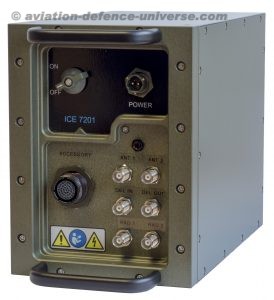 The ICE 7201 interference cancellation system not only restores radio performance and operational range, it also facilitates enhanced frequency planning for operations, enabling closer separation between channels resulting in a significantly greater number of useable radio channels for a given spectrum allocation. Simultaneously, the GD2049 high performance multi-port V/UHF antenna enables the overall antenna count on land platforms to be reduced through the introduction of two VHF ports with high port-to-port isolation.

The combination of Cobham’s two new market-leading technologies allows for optimised co-site integration of radios whilst also reducing the number of antennas required on a platform. The result is a significantly improved communication effectiveness and a reduction in the cost and ‘real estate’ of the antennas required.