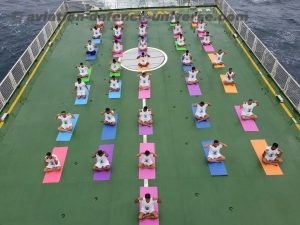 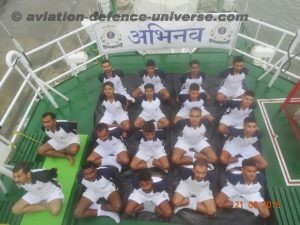 Director General has always encouraged his Officers and men to persue and excel in sports, adventure activities and physical fitness programmes. 21st June has become one of the known dates across the world. Indian Coast Guard units spread across the East Coast, West coast and besides  A&N Islands celebrated Yoga day and conducted special community Interaction programmes for fishermen community. Audio/Visual display of yoga techniques to promote health benefits were also undertaken at unit level including remote location . Poster and drawing competitions were also conducted along the Coastal states of West and East Coast to motivate and encourage people towards obvious benefits of yoga. 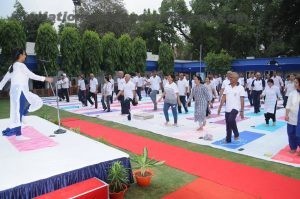 Defying the rough weather, the Coast Guard Ships at sea also performed yoga onboard and participated in the International Yoga Day 2018.

Published in Latest News and Uncategorized