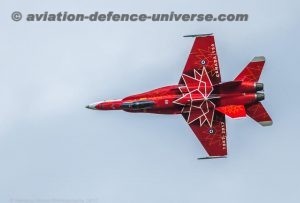 Toronto . 01 September 2017 . For over 67 years, the Canadian International Air Show has been a source of awe and inspiration in satisfying the marvel of flight for millions of enthusiasts annually. The sounds of the past and present will again transform the skies over Toronto as we welcome the 68th annual Canadian International Air Show to the shores of Lake Ontario in celebration of Canada’s 150th birthday.

It is human nature to marvel at the wonders of flight. Often in our busy lives we forget the past and time marches on. Air show fans know how beautifully moving it is to see a vintage warbird fly in today’s skies. The sound of vintage aircraft evokes emotion like nothing else flying in the skies. Look up as the distinctive bright yellow Canadian (North American) Harvards move gracefully across the bright blue sky, to be joined by the Beech 3NM Expeditor this year over Lake Ontario. 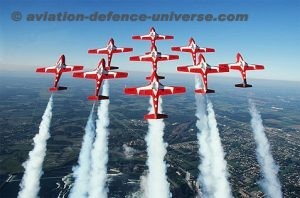 For aerobatic pilot Gord Price, the Canadian International Air Show holds a very special place in his heart. It was the last airshow he flew before he retired aerobatic flying the first time in 1988. Flying the YAK-50, he first flew the YAK – 50 at the World Aerobatic Championships in Spitzerberg Austria in 1982. Gord continues to fly airshows to stay young and inspire to both young and old to pursue their dreams as they navigate through life. 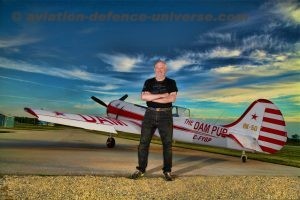 This year’s air display will feature a United States Heritage Flight. Catch this rare formation flight of the F-22 Raptor and P-51 Mustang as the pilots salute the professional qualities of Air Force personnel who fly, maintain and support these aircraft. Come see modern and vintage aviation fly together as the much loved Mustang soars over Lake Ontario. Fan young and old will love the F-22 Raptor the United States fifth-generation fighter aircraft as it demonstrates its incredible air superiority.

Having trained some of Canada’s most renowned pilots, the Royal Canadian Air Cadet League is still one of the country’s largest youth organizations. Displaying the aircraft used in their cadet flight training program, the Bellanca Scout Tow-Plane and Schweizer 2-33 Glider have inspired thousands of Canadian pilots to get their wings, including our national Astronaut hero, Commander (ret) Chris Hadfield. 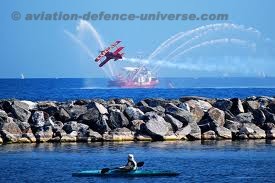 Canada’s icons of the air, the CF Snowbirds will wow air show fans with their high-speed aerial performance of formation feats and incredible aerobatic artistry. Much loved by Canadians and beyond, watch the Snowbirds celebrate the 92nd Anniversary of the Royal Canadian Air Force at the 2017 CIAS. Their performance will leave you glowing with patriotic pride!

Get ready to be amazed as the CF-18 HORNET rips through the skies over Lake Ontario this Labour Day weekend! Showcasing the jet’s unbelievable maneuverability, combat capabilities and overall sky-power, the crowd-favourite Hornet fighter will ‘sting’ you amazed with its thrilling demo! Don’t forget to have your cameras ready because you wont want to miss the incredible paint scheme.