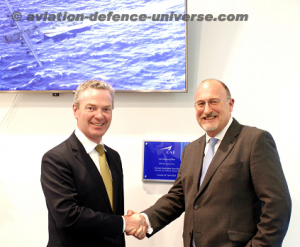 CANBERRA, AUSTRALIA–(Marketwired – April 24, 2018) – (NYSE:CAE)(TSX:CAE) – CAE today announced that its Defence and Security business unit has expanded operations in Australia by opening a new office in Canberra, the capital city of Australia.

The new office was inaugurated yesterday during a visit from the Honourable Christopher Pyne, Minister for Defence Industry, and Ian Bell, CAE’s Vice President and General Manager, Asia-Pacific/Middle East.  The new CAE office is located in Brindabella Park. 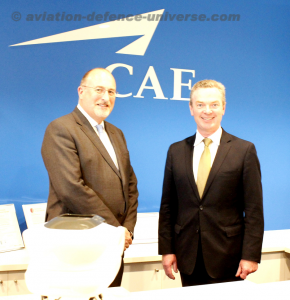 “Australia is one of CAE’s home markets and the opening of our new Canberra office signals a new chapter in our commitment to the Australian Defence Force,” said Bell.  “We will now be co-located with Defence in the heart of Australia’s capital, which we believe will help us be more available and responsive in supporting the training needs and requirements of the ADF.  As a world-class training systems integrator and long-term services provider, CAE has a lot to offer in supporting the training of the men and women of the ADF while contributing to enhancing safety, efficiency and readiness.”

CAE also took the opportunity during the inauguration of its new Canberra office to demonstrate some of the company’s world-class simulation technologies and capabilities.  CAE demonstrated a virtual reality (VR) solution of a ground control station (GCS) for remotely piloted aircraft (RPA). This immersive, cost-effective VR training solution can be used for familiarization and procedural training for maintainers and aircrew, thus freeing high-value RPA ground control stations for more advanced training and operational use. The virtual GCS provides a walk-through of a ground control station with the ability to highlight major components and functions.  CAE Australia is part of the General Atomics-led Team Reaper Australia pursuing the Project Air 7003 requirement for the Australian Defence Force. 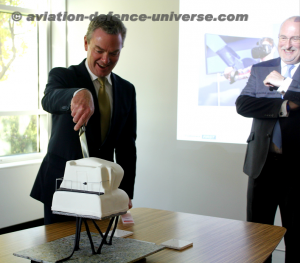 CAE Australia Pty Ltd was established by CAE in 1994 and is headquartered in Sydney.  CAE is the largest provider of aerospace simulators and support to the Australian Defence Force (ADF) and provides a range of training services on platforms such as the KC-30A, C-130J, MH-60R, MRH90, Hawk Mk127 and others. CAE is the prime contractor on the Maintenance and Support of ADF Aerospace Simulators (MSAAS) contract as well as the Aerospace Simulation Through Life Support (ASTLS) contract.