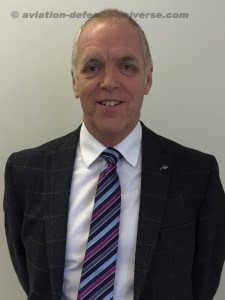 In this position, Naismith will have overall responsibility for CAE’s Defence & Security business in the United Kingdom.

Prior to joining CAE, Naismith served 32 years with the Royal Navy and Royal Air Force in a variety of roles, including numerous operational tours as a Chinook helicopter pilot and squadron commander.

“CAE considers the United Kingdom one of its key home defence markets where we have a significant number of employees who serve all three services of the UK Ministry of Defence,” said Marc-Olivier Sabourin, CAE’s Vice President and General Manager, Europe/Africa – Defence & Services. “Andy will have overall responsibility for positioning CAE in the United Kingdom as a training systems integrator with the expertise and experience to help the UK military enhance safety, efficiency and mission readiness.”