BEL marches ahead with strong  partnerships 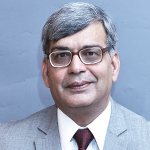 After taking over on September 1, 2013 post  being the  General Manager of the Missile Systems Strategic Business Unit at BEL’s Bangalore Complex, Jain has been focusing on opportunities in the areas of Offset obligations of vendors in various RFPs of the Ministry of Defence. The focus is on ‘Build to Print,’ ‘Build to Spec’ and ‘Buyer Nominated Equipment.’

BEL has signed MoUs with many foreign companies and is working with major Aerospace and Defence companies to establish long-term supply chain relationships. BEL is also pursuing possibilities to export products and systems to friendly countries with the approval of MoD. Currently, the Coastal Surveillance Systems, Naval Air Surveillance Radars, Sonars, Night Vision Devices and Electronic Voting Machines are being promoted to South East Asian, Middle East and African countries.

“Bharat Electronics Limited expects the benefits of this system to filter down to various agencies responsible for the management of the Indian borders, thus fulfilling our overall objective of bringing in cutting-edge technologies to India,” said Jain while explaining the reason for the continuous tie-ups it has been doing with private both Indian and foreign manufacturers.

He joined BEL-Ghaziabad in February 1978 as a Deputy Engineer after graduating in Mechanical Engineering from IIT, Delhi. Later on, while in service, he did MTech in Microwaves from IIT, Delhi. For the first 10 years in BEL, he worked in R&D – in the area of Microwave Antennas for Radar and Communication Systems. He contributed to the development of Stripline and Microstripline antennas for various Identification of Friend or Foe (IFF) Radars. He spent the next 18 years in the production testing of communication, C4I and Radar Systems. In 2007, he was made head of the Microwave Components Group, where he was responsible for design, development and production of microwave components required for radars and communication equipment in BEL. 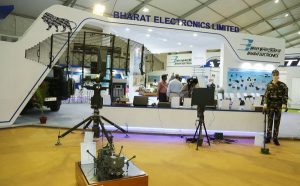 Jain informed that  the joint development of the QR-SAM (Quick Reaction, Surface to Air Missile) with the Defence Research and Development Organisation(DRDO) is  progressing as per schedule. “By 2017-2018 the product will get ready and then it will go to user trials to Army.  The QR-SAM will be a smart weapon that would be completely be made in India. Both the launcher and the vehicle will also be indigenous. The sensors are currently being developed for the missile. We hope to have the full integration of the missile by the next two years,” he added.

Elevated as the General Manager of the Military Radars Strategic Business Unit at BEL’s Bangalore Complex in January 2010 he successfully executed various important and prestigious projects such as the development of indigenous Weapon Locating Radar and production of Akash Weapon System. During his tenure as General Manager (Military Radar), the Strategic Business Unit won several awards such as the Raksha Mantri Award for Best Performing Division among all Defence PSUs, the Raksha Mantri Award for Import Substitution and CMD’s Rolling Trophy for Best SBU in Business Excellence.

He happily elaborated on the  Russian collaboration which recently got sealed. “BEL is very happy to join hands with Rosoboroneexport in taking up the design and development of state-of-the-art products and systems for various strategic programmes of the Ministry of Defence. The MoU is under the Offset clause of the Defence Procurement Procedure (DPP) and would cater to the requirements of all three arms of the Indian armed forces, as well as the civilian sector,” he informed. The MoU will also give a boost to BEL’s long-standing association with Russia and will go a long way in furthering the ‘Make in India’ initiative of the Government of India. 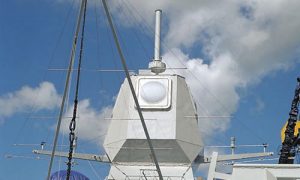 Recently Thales and BEL-Thales Systems Limited (BTSL) also signed a partnership agreement  for the joint development of the PHAROS fire control radar. This  strategic co-operation contract will allow both firms to jointly develop PHAROS, for both gun and missile systems. Jain stated , “We aim to export PHAROS also.  It will provide  defence against small, fast moving and highly manoeuvrable air and surface targets that may also be encountered in littoral missions. The multiple target tracker is capable of simultaneously controlling – in all weather conditions – the engagement of these targets with guided ammunition. Once ready it promises to be an asset to any force and we shall be promoting it overseas.”

He also informed that Long-Range Surface-to-Air Missile (LRSAM) project with Israeli major IAI is on and on a work share basis it will be integrated by BEL in India.

Another feather in BEL’s brimming cap is the selection of the consortium of BEL and Rolta India Limited as a Development Agency for the Battlefield Management System (BMS) project worth over Rs. 50,000 crore, by MOD. Jain said,  “The consortium of BEL and Rolta is not only fully geared up to take on the challenge of development of the Battlefield Management System for our Defence forces but we also  aim to maximize the indigenous content through in-house development of various sub-systems.”

When asked on how it felt to be part of the competition and no longer being the nominated manufacturer Jain quipped, “  Earlier we were nominated but now we get the contracts on a competitive basis. Right now we have the technology, infrastructure, trained and skilled manpower. BEL is the leader in defence electronics and there is no challenge for it when it comes to R&D. It is basically R&D centric. 2500 engineers work on research and development. 8% of the turnover is invested in  R&D at BEL. Rupees 500-600 crores of expenditure is on R&D. We are coming out with a new R&D centre which is  a product development and innovation centre in Bangalore. The building  will be ready by 2017 . Engineers are already working , some have been diverted and some new recruits will be employed. “

In the times of Skill India BEL has both  In-house industrial training  and training modules run by DGQA . These are certified programmes and are at mid-career as well as induction level courses. “Staff in BEL enter with the aim of a long innings. Working culture is good and no one wants to leave. Attrition rate is barely 1 ½ %,” proudly stated Jain.