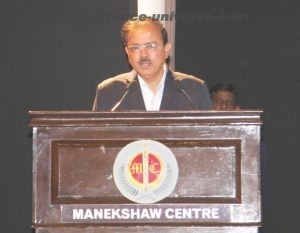 Speaking on the occasion Dr Bhamre said, “Nation is proud of your selfless devotion to duty and the sacrifices made by each one of you. I can say it with conviction that it is only due to our formidable Armed Forces, each and every citizen of ‘INDIA’, today is brimming with unstinted faith and confidence to face the world with pride.”

The MOS assured the veterans the whole country appreciate their sacrifices towards the Nation and said, “I can assure you all that your sacrifice in service to the motherland though is un-parallel and cannot be compensated at any cost, but we shall strive to put in our best to ensure that we stand with you at all times.” 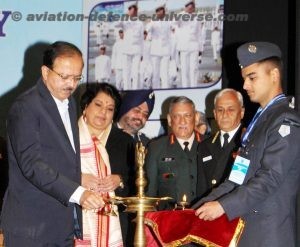 Earlier, Chief of Integrated Defence Staff to Chairman Chiefs of Staff Committee (CISC), Lt Gen Satish Dua laid a wreath at the Amar Jawan Jyoti along with veterans from the Army, Navy and the Air Force. Rallies have been held at eight stations, namely New Delhi, Allahabad, Mumbai, Port Blair, Pune, Lucknow, Jalandhar and Jaipur to mark the occasion.

A large number of agencies involved in veterans’ affairs such as Kendriya Sainik Board (KSB), Ex Servicemen Contributory Health Scheme (ECHS) and Veterans’ Directorates of the three Services as well as pension sanctioning and pension disbursing agencies had set up stalls to redress problems being faced by the veterans’ and their families. In addition to that nationalised banks had also put up stalls to help the veterans. 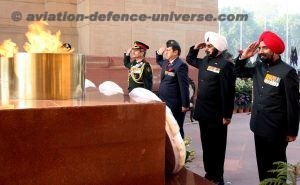 A new and improved version of the ECHS Card was released by the MOS on the occasion. Secretary, Ex Servicemen Welfare Sanjeevanee Kutty spoke to the gathering about the new initiatives being undertaken to ameliorate problems being faced by Ex-Servicemen.

The function was also attended by Chief of the Army Staff General Bipin Rawat, Chief of the Naval Staff Admiral Sunil Lanba, Chief of the Air Staff Air Chief Marshal B S Dhanoa and senior officials of the Armed Forces & Ministry of Defence.