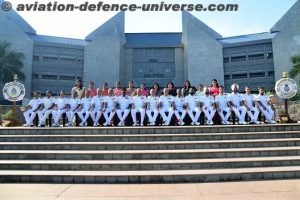 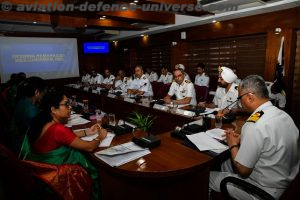 On this occasion, schools were also awarded with NES Rolling Trophies for academic excellence. In his address, Chairman NES complimented the efforts put in by NCSs in imparting quality education to the students and stressed upon all schools for continued efforts in the field of innovative teaching, infrastructure development, provision of state-of-the-art facilities and alumni connect while keeping an eye on the expansion plans and vision of the schools. He further laid emphasis upon promotion of 21st century skills such as communication skills, collaboration, critical thinking and creativity among the students. A guided tour of the Indian Naval Academy was also organised for all delegates as a part of this conference.