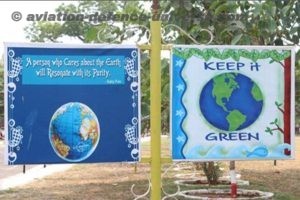 New Delhi. 04 Jun 2018 . Indian Navy has completed four years of its Green Initiatives Program on World Environment Day. The adoption of a comprehensive ‘Indian Navy Environment Conservation Roadmap’ has put Indian Navy on an ambitious path of synergising ‘Blue Water capability with a Green footprint’. The Navy’s concerted efforts of formulation and implementation of numerous policies aimed towards energy efficiency and environmental protection have yielded good results which are evident in all naval establishments.

With an aim to achieve zero carbon foot print, ‘Energy Efficiency’ concept of sustainable green technologies/norms based on GRIHA, LEEDS, Green Fuels, MARPOL compliance and alternative energy resources are being adopted in all future plans for augmentation and acquisition of assets/ infrastructure. In an endeavour towards fulfilment of ‘Paperless Office’, initiatives undertaken in the field of IT through digital work processes have ensured gross reduction in paper consumption.  Towards continuous afforestation, 16000 saplings have been planted over the course of the preceding year eventually to mitigate an estimated 324 tonnes of CO2. 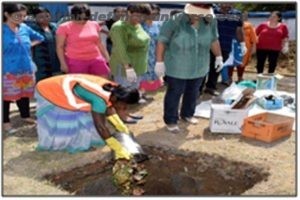 Regular energy audits for ships and shore establishments are being conducted for improving the energy efficiency. One of the premier Naval Yards has achieved a decrease of 11% in energy consumption compared to the last financial year. 95 percent of conventional street lights of the repair yards have been replaced with LED lights and over 1000 have been changed over with Smart timer based street light. 21 MW Solar PV projects have been undertaken with meticulous planning by Indian Navy towards achieving the GOI target of 100 GW by 2022 under Jawaharlal Nehru National Solar Mission(JNNSM). 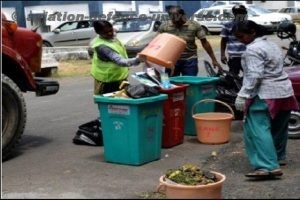 The progressive adoption of Battery Operated Vehicles for transportation of men and material has marked the reduction of dependence on fossils fuels thus reducing carbon emissions. Oil Manufacturing Companies have also been approached for consistent supply of B5 blend HSD at all naval establishments for pan Navy usage on MT vehicles.
It is indeed a proud moment for all Indians that this year we have been chosen to host the ‘World Environment Day- 2018’ with the theme as ‘Beat Plastic Pollution’. The production of plastic in the last decade has already surpassed the total plastic production of the entire last century. Every year, the world uses 500 billion plastic bags which contribute to 10 % of all the waste being generated. Towards the same, continuous and focused efforts are being put in place to ensure that the Naval establishments remains devoid of non-biodegradable material at all times.  Awareness drives and programme by means of plantation drives, beach clean-up, anti-plastic drives, lectures etc are being organised regularly for integration of the philosophy of environmental consciousness amongst all echelons of the Service. As a part of ‘Swacchh Bharat Abhiyaan’ Segregated Waste Collection Centre (SWCC) was inaugurated with the support from Defence Wives Welfare Association (DWWA) at Port Blair, which incorporated modern methods of waste collection and management system. Segregated wet garbage at an average of 400 kg is received per day for processing at SWCC. Mrs Seema Verma, President DWWA was awarded National Award for ‘Swatchtha Hi Sewa’  for implementation of the SWCC effectively.

As a developing nation and growing defence force of the modern world, it is imperative to take cognizance of our surroundings and invaluable natural resources.  With a view to reduce the overall carbon footprint and to bring down the effects of global warming, Indian Navy is ‘Geared Up and Committed’ to march towards pursuance of Green Initiatives, realising the national aim, to ensure a ‘Greener and Cleaner future for our next generations’. 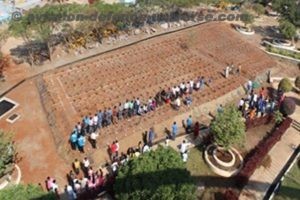 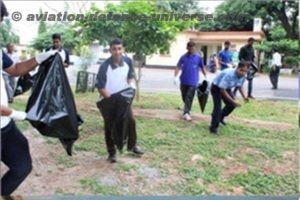 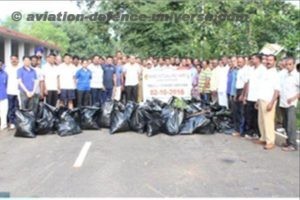 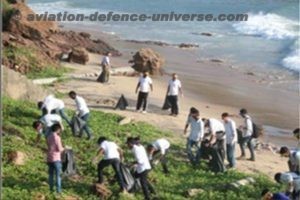