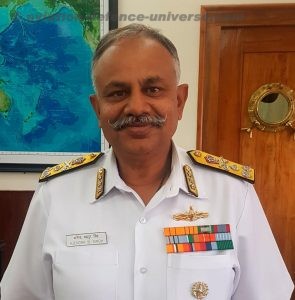 An alumnus of National Defence Academy, Vice Admiral AB Singh was commissioned into the Indian Navy on 01 July 1983. He is a specialist in Navigation and Aircraft Direction and his important specialist appointments include Navigating Officer of INS Kamorta (during Op Pawan), and the destroyer INS Ranjit, besides being the Fleet Navigating Officer of Western Fleet during Op Prakaram. 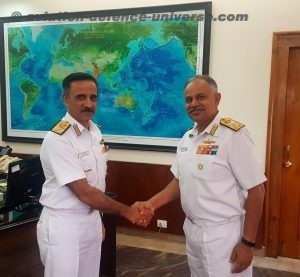 The Flag Officer has commanded IN Ships Veer (Missile Vessel), Vindhyagiri (Frigate), Trishul (Guided Missile Frigate) and Viraat (Aircraft Carrier). He has also been an instructor at NDA, Khadakwasla, Navigation and Direction School, Kochi and Directing Staff at DSSC Wellington. Vice Admiral AB Singh has served at Naval Headquarters as Deputy Director and Principal Director at the Directorate of Naval Plans. He also set up the Directorate of Strategy, Concepts and Transformation as the Principal Director.

Published in Appointments and Indian Navy