Pune. 31 January 2018.  The Bombay Engineer Group, or the Bombay Sappers as informally known, is a regiment of the Corps of Engineers of the Indian Army with its Centre in Kirkee, Pune.The Bombay Sappers draw their origin way back in the year 1777 when the British raised the company of Pioneer Lascars, comprising of 100 men, under Major Lawrence Nilson, the first Chief Engineer of the Bombay Presidency. 18 Field Company today is a direct descendant of this field company. 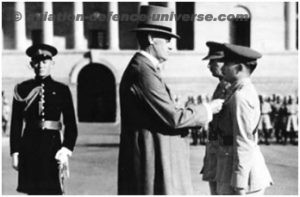 The Bombay Sappers have an excellent record in various wars and operations earning 31 Theatre Honours and 37 Battle Honours. Post-independence, they have won one Param Vir Chakra, one Ashok Chakra, seven Vir Chakras, 16 Kirti Chakras,160 Sena Medals, two Sena Medal Bars and 91 Mentioned-in-Despatches. The Bombay Sappers have not only proved their prowess in battle, but have also utilised their military and technical skills in the development of our nation. They have built canals, roads and railways, operated mints and light-houses and have even constructed prestigious buildings such as the High Court and the Town Hall in Mumbai. They have also played a stellar role in aid to civil authorities during natural calamities and internal security duties across the country under operationally challenging environment. The ongoing construction of the three Foot Over Bridges at Mumbai suburban Railways in record time under extreme challenges of time and space is testimonial to the undaunting skill and spirit of the Corps.

The Bombay Sappers have also excelled in the field of sports and adventure, having contributed to the National Teams for the Asian Games and the Olympics. The group is accredited with seven Arjuna awards and two Dhyanchand Lifetime Achievements awards. In addition to winning 106 gold, 57 silver and 50 bronze medals at various international, national and services Championships, The Bombay Sappers have also created three national records in the past one year. Sub Gurpreet Singh in shooting, Recruit Havildar Shiva S in pole-vault and Nb Sub Jim Zang Deru in weight lifting are the proud achievers. Nb Sub Akash Chikte of The Bombay Sappers brought further laurels being declared the Best Goalkeeper in the recently held Hero Asia Cup Hockey Tournament.

The Bombay Sappers Centre celebrates its Group Day on 31 January every year coinciding with commemoration of award of Victoria Cross to 2/Lt (later Lt Gen) Premindra Singh Bhagat. Lt Gen P S Bhagat while serving in the Middle East during the Second World War in 1941, cleared of fifteen mine fields refusing relief when worn out with strain and fatigue and with one eardrum punctured by an explosion. 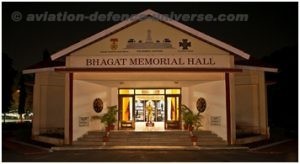 The Centre has built a Bhagat Memorial which is in shape of a Victoria Cross and houses the memorabilia of late Lt Gen P S Bhagat. It is a place of veneration for all Bombay Sappers.

Every four years The Bombay Sappers celebrate the Reunion at the Bombay Engineer Group and Centre Kirkee. The event promotes camaraderie and bonhomie amongst all ranks of the Bombay Sappers. The celebration infuses josh and passion into the young blood and motivate them towards greater glory. This year the event, coinciding with the 198th Group Day, was celebrated from 28Jan to 31 Jan with full fervour and vigour. 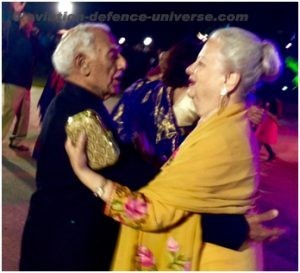 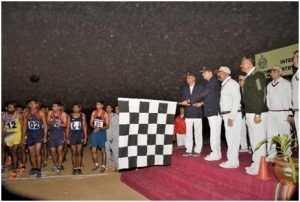 Comdt The Bombay Sappers Flagging Off the Cross-Country Competition

The Inter Regiment Cross Country Championship, on 29 Jan, marked the start of the celebrations wherein 250 Sappers from 25 Regiments participated. Hav Gurpreet Singh stood first in this gruelling event. The event is synonymous with the grit and determination of the Sappers, scaling the varied and rugged terrain of Pune. 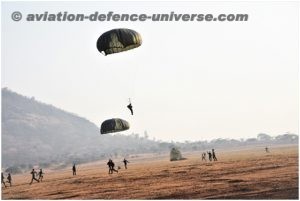 The Para drop on the second day showcased the adventurous spirit of the Sappers with a total of 25 paratroopers participating. One could witness the umbrella chutes raining over the Dighi Hills early morning on 30 Jan with the septuagenarian veteran Lt Gen RR Goswami, ex E-in-C leading from the front. The

event was followed by the inauguration of the renovated Group Museum and laying the foundation stone for the New Auditorium. The Auditorium will have state of the art infrastructure with a capacity of 900 and will form the hub of all events in future. 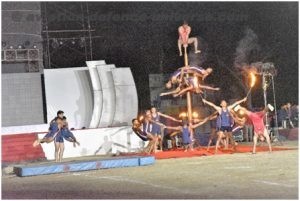 The second day ended with the Central Barakhana wherein all serving and retired Sappers, irrespective of their rank and status, interacted and dined together. Numerous stories of valour and bravery came alive once again and the moments were relived during the event.

The last day began with the Commemoration Parade with the Sappers marching crisply in perfect harmony and coordination. Their smart turn-out, sharp drill and steely resolve was inspirational for all. The Parade consisted of six contingents; three of Bombay Sapper units, one 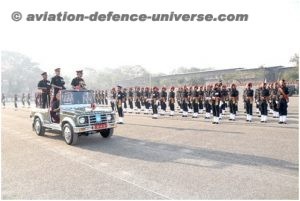 of trainees and one each of SIKH LI & MARATHA LI Regiments. The Commemoration Parade was commanded by Col Amit Sakhre. The Reviewing Officer was Lt Gen D Anbu, GOC-in-C Northern Command, Colonel of SIKH LI & Honorary Colonel Commandant the Bombay Sappers, who later addressed the gathering at the Special Sainik Sammelan. 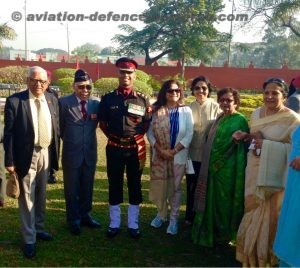 Lt Gen D Anbu felicitated all ranks of the Bombay Sappers and paid homage to all those who made the supreme sacrifice in the line of duty. He commended the Bombay Sappers for their outstanding performance in the previous year thus obtaining four GOC-in-C’s Unit Appreciations (including one for BEG & Centre). He also mentioned about the close affiliation between the Bombay Sappers and SIKH LI since both share the same roots. The presence of a contingent of SIKH LI in this parade is testimony to this.

Colonel Commandant the Bombay Sappers, Lt Gen Michael Mathews, on being asked about the importance of the Reunion, stated that it is 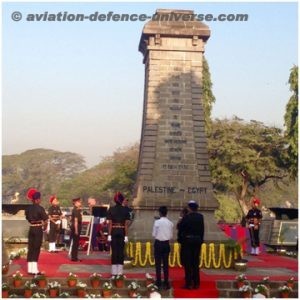 not only a get-together of the serving and veterans of the Bombay Sappers but also the commemoration of the first Victoria Cross of the Indian Army awarded to late Lt Gen P S Bhagat and an occasion to remember and pay homage to all the Bombay Sappers who sacrificed their lives for the nation. He mentioned that the event is an ideal forum to infuse fresh stimulation and drive into the young Sappers by reminding them of their glorious lineage. The Col Commandant while highlighting the glorious past of the Bombay Sappers stressed on operational readiness through excellence in training. He emphasised on the important linkage the Bombay Sappers shares with the SIKH LI Regiment and assured the Honorary Col Commandant of the continued association in future.

With this the inspirational event came to an end. The entire event was planned to the last detail and executed meticulously, for which the lions share of the credit goes to Brig Dhiraj Mohan, Commandant The Bombay Sappers. Col ComdtPresenting the Banner for the Best Regiment

The event marked yet another landmark in the glorious history of The Bombay Sappers. The unison of the old and the young, the serving and the retired bears testimony to the oneness and the unified resolve with which The Bombay Sappers march ahead.

Share this on WhatsApp
Tagged with: Bombay Engineer Group, Latest News, the Bombay Sappers, the Engineer Corps, the Indian Army