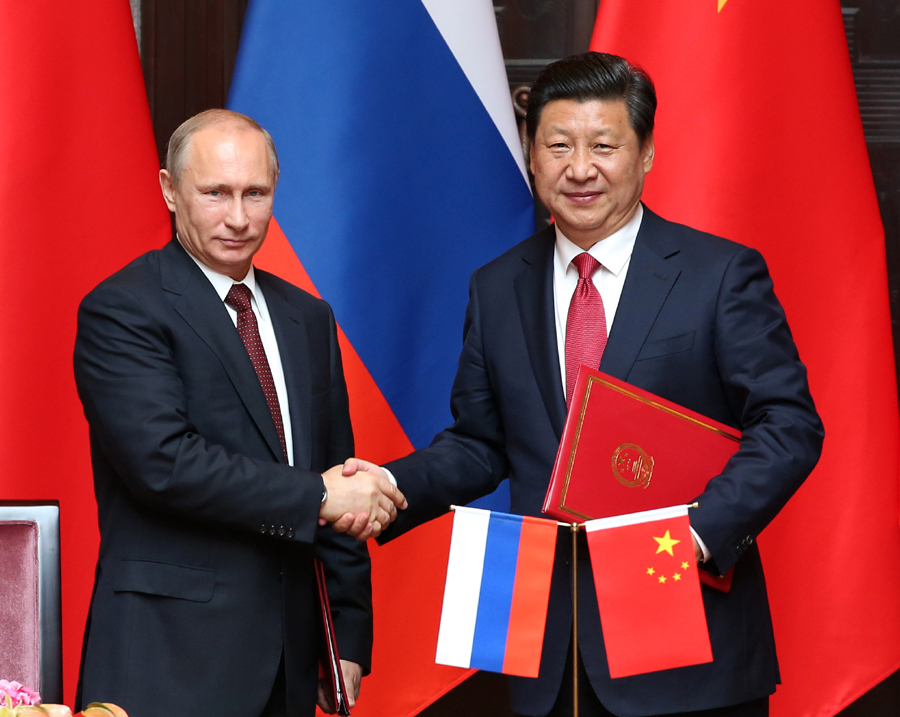 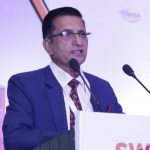 New Delhi. 09 August 2022. Some friendships bring cheer and some bring fear is an old adage but when two powers get near, there are many observers who do not find it dear. The growing Russia-China comradeship is an example of this kind, where relationship is strengthening in all fields at an alarming rate. Definitely the Russia-Ukraine war and the sanctions imposed by the west on Russia, have a great role to play in this developing rapport.

The North Atlantic Treaty Organization (NATO) under the leadership of United States is sending large supplies of arms, ammunition and financial assistance to Ukraine. Russia once a super power, is finding it difficult to conclusively defeat Ukraine because of western assistance, thereby making its leanings towards China evident, which is not only the second largest economy but a major military power.

Recently during the joint military drill Russia and China sent a stern message by sending bombers near Japan at the time when it was hosting QUAD summit, India was a part of this. Russian TU-95 bombers and Chinese Xian H-6 jets not only participated in the exercise but were flown near Japan. By flying bombers near Japan when President Biden was attending QUAD meeting, China retorted to US President’s utterances about defending Taiwan.

At present Russia needs China to curb NATO’s expansion near its borders, while China needs Russian support in enlargement of its influence in Asia-Pacific region. China also wants to restrain India, as according to an analysis; India is poised to overtake USA in 2050 and post that China too.

QUAD was constituted to counter China’s aggressive postures, however, in case of war between China and Quad, India will have to side with QUAD while Russia would side China. Age old India Russia friendship may not succeed in preventing Russia from abandoning India but China has much more to offer Russia in comparison to India.

In past Delhi had strong defence ties with Russia however with passage of time India is also diversifying its import of arms purchases to other geographical regions. Russia is India’s biggest arms supplier since 1970s and at present more than 60% of India’s military equipment and spare parts come from Russia. Large number of India’s license-based defence manufacturing is also because of Russia. Although Russia is still the largest defence equipment supplier to India but with its policy of not putting all eggs in the same basket it has expanded to purchasing from US, Israel and other European countries thereby decreasing Russia’s market share. Moscow has also started exporting armaments to India’s adversary Pakistan. Recently India also requested Japan to enhance defence cooperation in different fields including hi-tech defence production.

In view of Chinese aggressive behaviour India is leaning more and more towards US. Recently after meeting President Biden, Prime Minister Modi agreed to join the 34 nation Combined Military Forces (CMF) in Bahrain as an associate member.

A look at the Russia-China front shows that the pipeline which will supply gas from Siberia to Shanghai is in its final stages and would be very useful for Russia as European Union has threatened to cut gas purchases from Russia. Beijing also wants to diversify its energy sources. China is exporting microchips, electronic components, and military equipment to Russia in violation of US sanctions. The quantity of export of aluminium oxide which is used in production of weapons is also considerably increased. These and other exports from China are keeping Russian weapon industry running.
Policy planners in Delhi expect that Russia may delay the supply of weapons as well as spare parts partially because of western sanctions and partially because of Russia-Ukraine war. Supply of S-400 Triumf advanced surface to air missile defence system, second regiment is expected to be delayed for few months. The production of 6.1 lakh AK-203 assault rifles is also delayed. The upgrade of about 60 MiG fighters of Indian Air Force to the level of MiG-29 UPG level through Russian components is also delayed. Few observers give credit of this delay to invisible but palpable Chinese pressure on Russia. It is a cause of concern to India for at present Russia needs China more than China needs Russia.

The Chinese custom data indicates that bilateral trade between Russia and China last year was record $146.9 billion. Russia expects that soon the figure would reach $200 billion. Mineral rich Russia supplied oil, gas, coal, and other agricultural products. Reports suggest that China is rendering financial and economic assistance to Russia in the current war with Ukraine.
Nevertheless, political pundits claim that China would not like to strain its relations with Europe because of Russia. China’s trade with Britain and Europe is about 10 times more that China Russia trade. Russia wants to maintain its sway over Central Asia while China is encroaching that area through economic activities and Belt and Road Initiative (BRI). Russia also wants to exploit vast mineral resources of Arctic but needs Chinese financial assistance however Moscow is suspicious about Chinese intentions. Russia is also unhappy as its wood is smuggled to Chinese factories located at the borders.

The strengthening ties between Russia and China are worrisome for India. China which considers India as its prospective challenger with heightened border disputes, may like to pressurise Russia to stop defence assistance to India. However, Delhi and Moscow have old defence ties and the relations have survived many complex situations. Indian market is important for Russian export. India purchased about 28% of total Russian defence exports between 2017 and 2021. Between 2011 to 2021 Russia sold arms worth $ 22.8 billion to India. Delhi is purchasing oil from Moscow when it is fighting the sanctions imposed by West.

At present both Russia and China need each other but once Ukraine crisis is over the deep differences between Russia and China would dominate their relations. It would be difficult for Russia to accept the role of junior partner of China and vice versa. The rising Russia China friendship has put India in a difficult situation. Now India cannot trust completely on Russia for arms supply in case of war with China, hence India has to be friendly with US but Delhi does not want to leave Russia and adhere to all the sanctions put forward by Western powers. India joined QUAD to counter China’s aggressive designs. Hence after Ukraine war India has to make sincere efforts to gain the confidence of US and Europe which it lost because of not implementing the sanctions on Russia.

At present China is aggressively inculcating close relationship with small Pacific island nations through Confucius Institutes. China intends to train their security personnel, establish free trade areas, provide them internet networks, and strengthen cultural relations. A 20 members Chinese delegation led by Foreign Minister Wang Yi toured 10 Pacific countries to boost the relationship. Few of these Pacific nations have close relationship with US and have large population of Indian origin. China is taking full advantage of rule based democratic system of US and India and has become the biggest exporter to both the countries. Now both US and India want to change the balance of trade which is excessively in Chinese favour. India China rivalry has also damaged BRICS (Brazil, Russia, India, and China). In nutshell India should not forget 1962 when Moscow was of little assistance. India should develop capability to face aggressive China, as in foreign relations no body is a permanent friend or foe.

It is heartening to see that under ‘Make in India’ programme India is planning to produce more arms and ammunition indigenously. However, production of armaments takes time and require large sum of money so India should remain friendly with both US led NATO forces as well as with Russia.

(Jai Kumar Verma is a Delhi-based strategic analyst and Life member of United Services Institute of India and member of Manohar Parrikar Institute for Defence Studies and Analyses. The views in the article are solely the author’s. He can be contacted at [email protected]).