Safran all set to buy Zodiac Aerospace for nearly $9 Billion 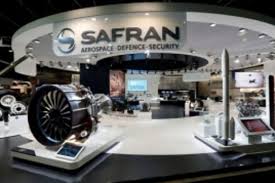 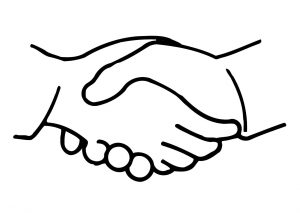 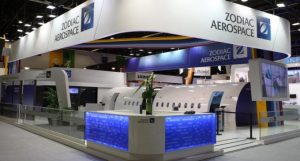 Larnaca, Cyprus. 19 January 2017. Safran  closed the deal to buy Zodiac Aerospace for nearly 9Billion USD. Zodiac Aerospace’s founding families, FFP, Fonds Stratégique de Participations and the French State intend to remain core shareholders of Safran with around 22 per cent  of its capital and upon completion of the transaction, to sign a shareholders agreement comprising a two-year lockup provision.

Ross McInnes, Chairman of Safran’s Board of Directors stated: “Safran’s Board of Directors is very proud to contribute to a new chapter in Safran’s story. This planned acquisition is fully consistent with the strategy we clearly outlined almost a year ago at our Capital Markets Day, to bolster Safran’s core aerospace activities with quality businesses which share our DNA: technology, tier-1 positions and recurring revenue streams. It will strengthen our position and create significant value through integration and synergies. The Board of Directors is unanimously supportive because it is favorable for Safran’s shareholders, employees and partners. I extend a warm welcome to Zodiac Aerospace’s teams with whom we are excited to embark on this journey.”

Didier Domange, Chairman of Zodiac Aerospace’s Supervisory Board, said: “The creation of this new global leader in the aerospace industry is led by a strong industrial rationale and a long term vision. The new group will be ideally positioned to support its clients in their ambitious programs for the future. We are delighted to participate in the combination of two leaders of the industry with complementary positions and strong innovation abilities dedicated to their customers.”

On a pro forma basis, including Safran’s world leading propulsion business, the combined group would have around 92,000 employees (of which more than 45,000 in France), c. €21.2bn in adjusted revenues  and c. €2.7bn in adjusted recurring operating income.

Philippe Petitcolin, CEO of Safran, said: “The acquisition of Zodiac Aerospace represents a unique opportunity at this point in Safran’s development, just a few months after initiating the refocus of the group on our core activities of Aerospace and Defense. The technological complementarities will ensure that we accelerate domains as strategic as critical systems and the more electrical aircraft, which make up 40% of Zodiac Aerospace’s activities. Our industrial expertise will also accelerate the return to their historical levels of profitability in the seats and cabin activities. Finally, and above all, the strength of Safran’s managerial talent and the timing of this transaction will be Pro forma based on Safran LTM figures at June 2016 and Zodiac Aerospace’s LTM figures at August 2016. Assuming 100% of targeted shares are tendered. Post phased synergies, before PPA, and synergies and cost of implementation ensure the success of integrating Zodiac Aerospace into our Equipment businesses while Propulsion is focused on the LEAP programme. I am eager to drive this strategic move.”

A modification of Safran’s bylaws extending the age limit of the CEO from 65 to 68 years will be proposed by Safran’s Board of Directors to the next shareholders’ meeting.

Olivier Zarrouati, Chairman of Zodiac Aerospace’s Management Board, said: “The combination with Safran will lead to the creation of a world leader, with a high technological know-how, able to shape the future of aerospace. It will benefit our employees, our clients and our shareholders; it represents a new step in the consolidation of the aerospace industry. We are proud of Zodiac Aerospace’s industrial and commercial achievements and excited by the prospect of joining Safran and creating a global leader, with a strong European base.”