LCA Tejas is inducted into the Indian Air Force 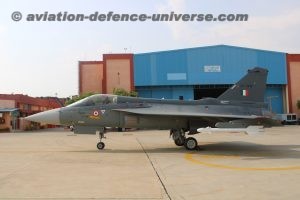 New Delhi. 27 May 2020. Today is a red letter day for Indian Air Force (IAF) and the culmination of a long journey which began in 1983 when DRDO got permission to initiate a programme to design and develop a Light Combat Aircraft. The Hindustan Aeronautics Limited (HAL) produced  Fully Operational Capability (FOC) standard LCA Tejas  has been inducted into IAF Squadron ‘The Flying Bullets’ at a function at Sulur (Tamil Nadu) with Air- to-Air refuelling capability, close combat gun, additional drop tanks, BVR missile capability, updated avionics and flight control software suite. 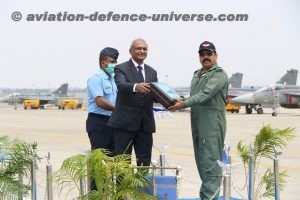 IAF induction of Tejas Mk-1 FOC aircraft is also an important milestone in the country’s indigenous fighter aircraft program and a significant boost to the ‘Make In India’ initiative. The single engine, light weight, highly agile, all weather multi role fighter aircraft became a part of the  Squadron which was operationalised by Chief of the Air Staff (CAS) Air Chief Marshal RKS Bhadauria. Before the induction ceremony, the Air Chief flew a sortie in the Tejas Mk I fighter with 45 Sqn.

HAL CMD R Madhawan presented the documents of the Tejas FOC version to the CAS who further handed these over to the Commanding Officer of 18 Squadron Group Captain Manish Tolani, along with the ceremonial keys to the unit. The event commenced with a fly past comprising of a helicopter formation of the Mi 17 V5 and the ALH, An-32 transport aircraft and Tejas Mk-1 fighters. 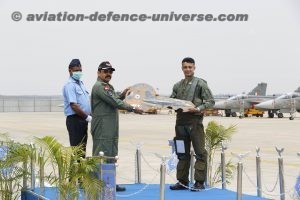 The FOC variant will reduce the maintenance man hours and turn-around time resulting in enhanced support for IAF missions. Four more FOC-LCAs are in the advanced stages of production and testing and expected to join the Squadron soon.  HAL commenced the training for both air crew as well as maintenance crew for FOC aircraft and the first batch of trained air warriors are already with the 18 Squadron.

No 18 Sqn was raised at Ambala on 15 April 1965 with the Folland Gnat Aircraft. Flying Officer Nirmal Jit Singh Sekhon, the only Param Vir Chakra recipient of the Indian Air Force was a part of the Squadron during the 1971 Indo-Pak War. The Squadron also has the unique distinction of having operated two HAL made aircraft, the Tejas and the Ajeet which it also operated from the same station. Over the years it also operated MiG-27 ML aircraft from various bases across the country. The Squadron was number plated in April 2016. The Squadron falls under the operational control of Southern Air Command which is responsible for integrating the Squadron into the IAF Concept of Operations. 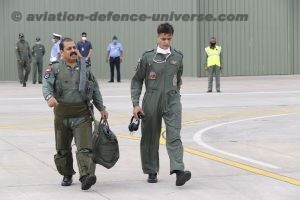 The LCA in the inventory of IAF will definitely fill a deficit. The programme was launched in the early eighties for two primary purposes. The principal and most obvious goal was the development of a replacement aircraft for India’s ageing MiG-21 fighters. The MiG-21 had been the mainstay of the Indian Air Force since the 1970s. The other main objective was to give an impetus for an across-the-board advancement of India’s domestic aviation capability. 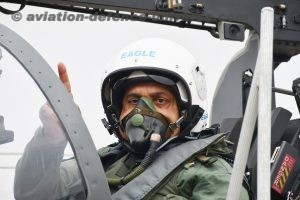 Today when the nation is moving ahead chanting the Make in India mantra and indigenisation as the driving force, LCA will be an asset placed in the appropriate region to protect the Indian boundaries over the oceans. The value of the aerospace “self-reliance” initiative was not simply the production of an aircraft, but also the building of a local industry capable of creating state-of-the-art products with commercial spin-offs for a global market. The LCA programme was intended in part to further expand and advance India’s indigenous aerospace capabilities. And who better and more appropriate than the Air Chief to endorse faith in it.