Kashmir –Is there a way ahead ? 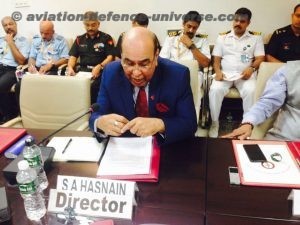 New  Delhi . 07 Aug 2018. It is often quoted that ‘every  success has an attendant problem’ . Similar situation arose when we got independence, there was jubilation everywhere – Tiranga  in one hand and laddu in another. But the festivities was short lived since it brought the problem of Kashmir which has been the bone of contention between India & Pakistan for the last  70 years. Though for record sake efforts have been made on  both the sides , but the hidden agenda of Pak Militia to keep Kashmir on boiling pot –for their own survival – and the knee jerk and half hearted effort by  India have created migrants in our own country which is indeed a sad story !

Out of the twenty two  districts in J&K only five are  where separatists rule the roost  while the rest seventeen  are not Pro India but Pro their own nation.  But unfortunately  Srinagar, Anantnag, Baramullah, Kulgam and Pulwama have been keeping the state at ransom and interestingly these districts are far away from Pakistan Border/LOC. So separatists’  writ runs in just 15% of the population which are Sunni Muslim dominated.  And the tragedy is that the majority of the people have no say nor have the  gall to take their stand. Also is the fact that everyone fears the terrorist. 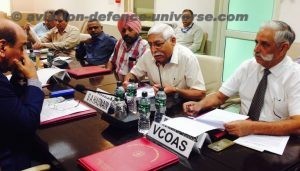 In order to find a way ahead CENJOWS organized a seminar where retired Generals – who were at the helm of affairs in Kashmir – former DGMO, a General hailing from Kashmir, serving officers from the three services and several veterans applied their minds to find a ‘way ahead’. The salient points emerged were  need for strengthened reconciliation such as Sadbhawna , continuity of thought at national ,state , bureaucracy, defence ,  para  military, J & K police etc. so as to follow a long term strategy, conflict being a dynamic process needs review  from time to time, deployment of selected efficient IAS officers to administer  the state in a systematic & scientific manner ,in-situ skill development training of youth and their assured employment in the state, more developmental  projects such as railways, Zojila tunnel which would generate employment in the region ,establish an effective and powerful communication network to counter the false propaganda by Pakistan, unified intelligence and command structure to get best results.

On the issue of AFSPA the unanimous view was that in the present scenario it is not negotiable, however, number of sections could be reduced   without any skillets such as DOs and DON’Ts and ten commandments.

But military is not the only way ahead in the march towards solving Kashmir crisis.  The issues which need to be addressed are majorly civilian. Education at all the three levels-junior, secondary  and higher- needs to be propagated and institutions need to be well equipped both with qualified teachers and infrastructure facilities. Madarsas are not the only models of school is the idea which needs to be spread. So we should have well run schools as role models to show the parents and the children . Probably the parental psyche of giving the best to the child should come forth. But all this will happen when schools get government aids in ample to create them. 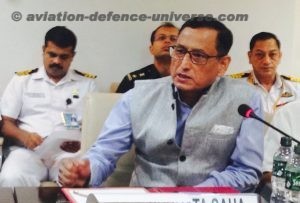 Economic way ahead is another important factor.  Creation of jobs and  business opportunities  is the responsibility of the government in power. This will come only when the political stability if the state is strong. A state which is so full of natural resources and was so self sufficient till four decades back should come to such a situation is not only pathetic but also a blot in the face of the governments which ruled it and could not control interference from across  the borders.  So the law and order maintenance by the police forces and legal bodies needs to actually be maintained. Unfortunately the fear of the police is totally missing and the result of which is for the world to see. So the administration and law enforcing bodies need to revamp themselves totally . The day they say no to terrorism we will find a way ahead in Kashmir. 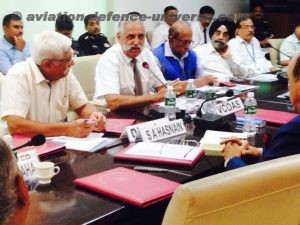 Then comes the political way ahead. The governments are either surviving on the  empathy from across the borders or from sympathy of the centre. They do not need any of them. A strong government whether single or multi party but one which thinks for the development of the state is the need of the hour. One which stands strong with the military which is trying to make the state safe for its residents, one which thinks of infrastructure development, one which  thinks of creating job opportunities, one which is not scared of the terrorists and gives the police forces  a free hand to deal with them  and the list of how an effective government should be in the state is endless. So now all impediments are away. J&K is under Governor’s rule. If we can’t find a way out now we will never find one. 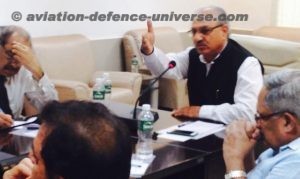 But the most important way ahead will be the constitutional one by abolishing Article 370 and 35A. These are the biggest impediments to getting the state to be a part of the nation. Having them makes them feel different and not a part of India as the rest of India. Temporary provisions which have become long drawn are the biggest impediments to keeping J&K stable. This is just the time the government should put its foot down and abolish both of them.

As recorded in Rajtarangini , from the times immemorial, Kashmir has been a part of Hindustan-now Bharatvarsh , which is also true in the times of Moguls or British rule. Sufism  has always been the bedrock of its existence. This needs to be rejuvenated and reinforced in the psyche of Kashmiris – who are today our very own misguided lot. Then and then   there is a hope and a way  out !