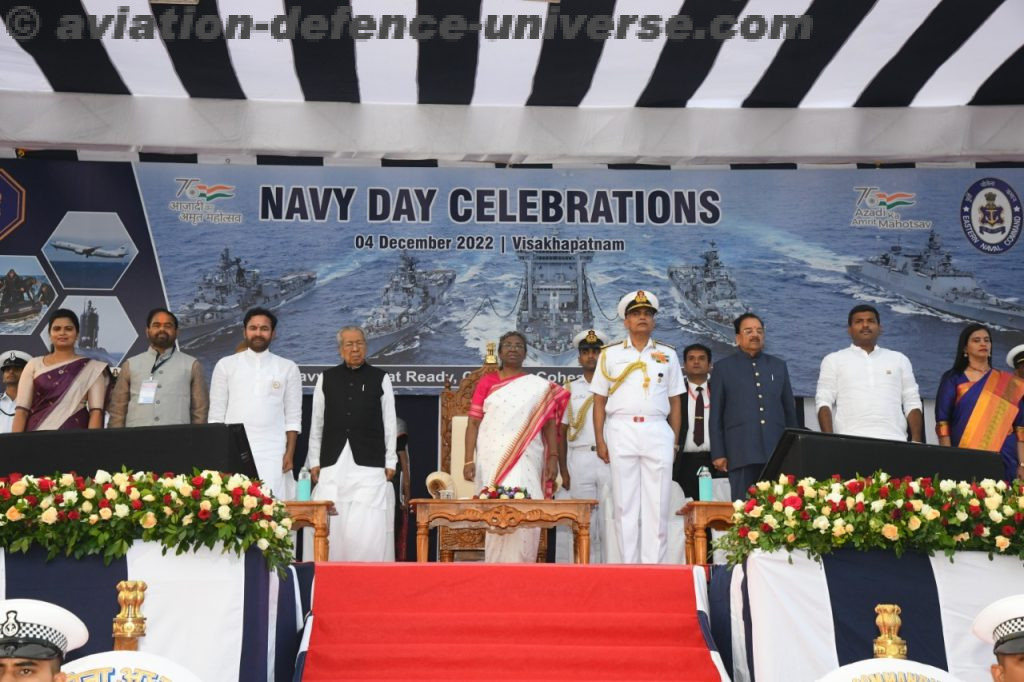 This year, for the first time, Navy Day Celebrations are being conducted outside the National Capital. India celebrates December 04 as Navy Day, every year, to acknowledge the role of the Indian Navy and commemorate its achievements in ‘Operation Trident’ during the 1971 Indo-Pak War.

This year, as India ushers in the ‘Amrit Kaal’ with the commencement of the celebrations of 75 years of her independence, the Indian Navy is all set to demonstrate India’s combat prowess and capability through an ‘Operational Demonstration’ at Visakhapatnam on Sunday, December 04, 2022. The Hon’ble President of India and the Supreme Commander of the Armed Forces, Smt. Droupadi Murmu would witness the event as the Guest of Honour. Several dignitaries from the Central and State Governments are expected to attend the event, which will be hosted by Admiral R Hari Kumar, Chief of the Naval Staff.

Traditionally, the Navy Day celebrations are conducted at New Delhi in the presence of the Hon’ble President and other dignitaries. This year, for the first time, Navy Day Celebrations are being conducted outside the National Capital. Indian Naval ships, submarines, aircraft and Special Forces from Eastern, Western and Southern Naval Command would showcase the capability and versatility of Indian Navy. The event will culminate with a sunset ceremony and illumination by ships at anchorage. The Navy Day celebrations are aimed at fostering greater outreach, renewing maritime consciousness amongst our citizens and highlights the Navy’s contributions towards national security.

Team ADU has been creating the special coverage section of Navy Day with attending the Chief’s press conference, coverage of  Navy Day celebrations, conducting interviews , capturing the event in images and videos, releasing a podcast and eventually ensuring you all enjoy every moment of it. All this is at the click of your mouse. We will love covering it for you and are sure you will enjoy it as much. Goodbye for today from Team ADU.