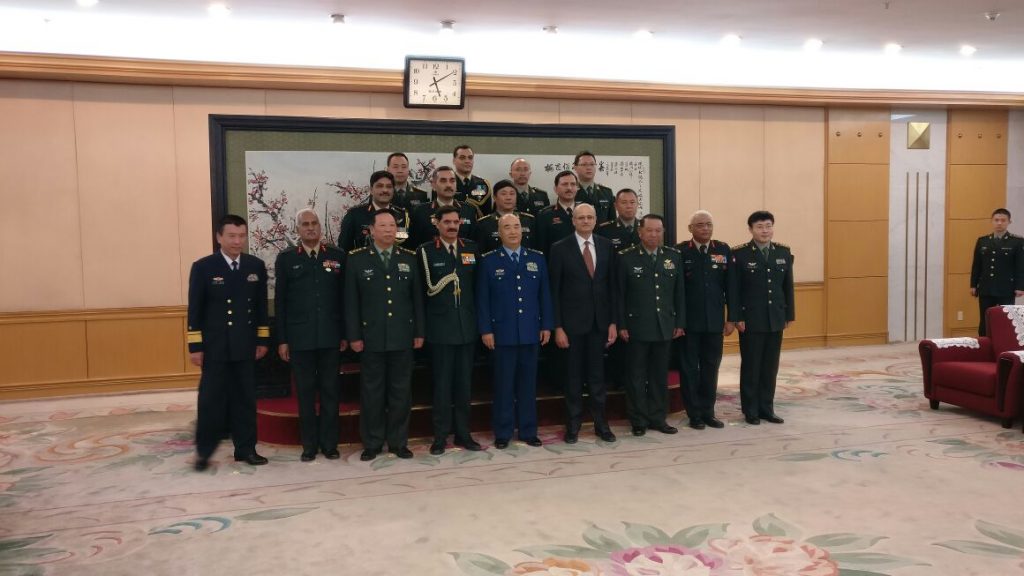 Later, both held official talks in which a wide range of issues of mutual interest were discussed. General Dalbir Singh extended an invitation to General Li to visit India. General Li accepted the invitation and said he hoped to visit India soon. General Singh and General Li also noted with appreciation the 6th India-China Joint Training Exercise ‘Hand-in-Hand’ 2016 which is currently going on in India and agreed to further expand defense exchanges between the two armies.

General Dalbir Singh also called on General Xu Qiliang, Vice Chairman, CMC. During the call-on both of them reiterated their desire to keep up the momentum of defence exchanges and the need to keep the borders tranquil and peaceful. General Singh extended an invitation to General Xu to visit India, which was accepted. 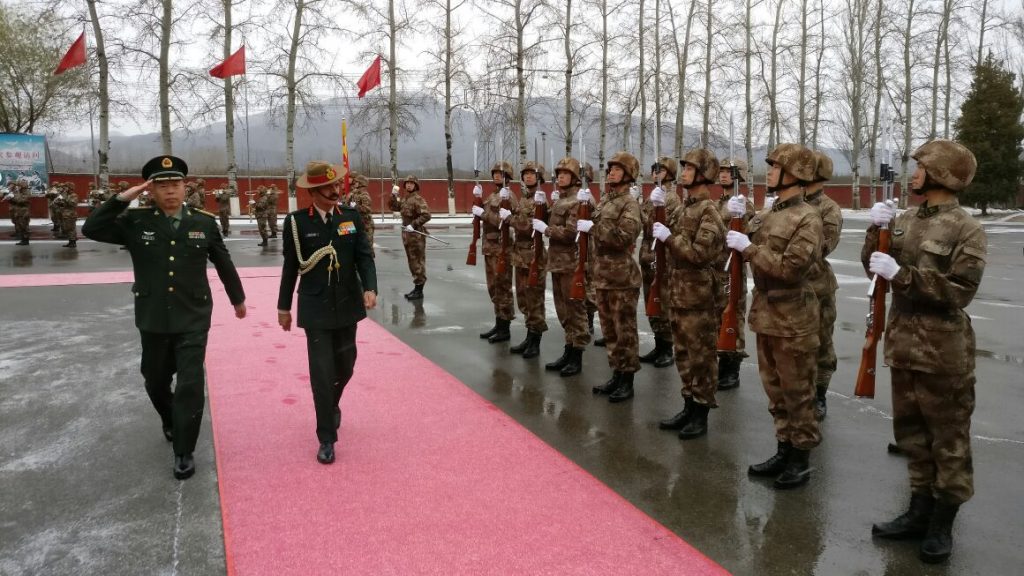 This visit is an opportunity to re-engage PLA in field of defence cooperation and build upon existing mutual cooperation and trust between the two nations. The delegation will also be visiting military installations including Infantry Division and Army Air Defence Brigades.

The visit aims at engaging China on subjects of mutual concern and shared interest, which include terrorism, humanitarian assistance and Peace keeping training. This visit comes amidst growing stronger economic and military ties between the emerging Asian giants and follows high level diplomatic and military exchanges between the two neighbours. The visit also coincides with a joint military exercise (Exercise Hand in Hand), between two armies which is underway in Pune and will be followed by visit of General Zhao Zongqi, Commander, Western Theatre Command of PLA in second week of December  2016.

The Chief of Army Staff’s delegation is comprised of four senior Army Officers, holding key appointments in the Indian Army. General Dalbir Singh will also visit Xian and Nanjing, where he will visit key military installations, as well as interact with General Liu Yuejun, Commander of the Eastern Theatre Command.