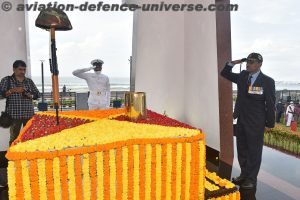 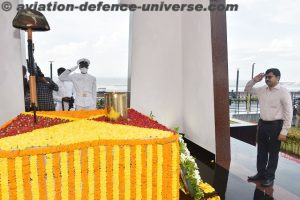 The Nation remembers the supreme sacrifices of Brave Heroes of the Kargil War when India successfully recaptured the covertly occupied few outposts inside the Line of Control on this day twenty three years ago. Ever since the victory in ‘Operation Vijay’, 26 Jul is celebrated the Kargil Vijay Diwas every year.

The ‘Victory at Sea’ War Memorial at RK Beach Road Visakhapatnam is a fitting tribute to mark the supreme sacrifice of our brave soldiers who in the highest traditions of the Indian Armed Forces, made the supreme sacrifice during the 1971 INDO-PAK war. Homage is paid to our fallen heroes on important occasions like Republic Day, Independence Day, Vijay Diwas and Navy day by placing a floral wreath at the memorial.