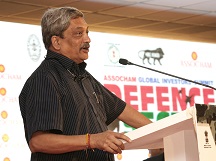 New Delhi. 18 January 2017. Recently came across an eye opener while meeting a group of friends from the fraternity of ex-servicemen. 80% did not understand the term NFU and most of them did not know that this acronym was the major reason for dispute over the Seventh Pay Commission recommendations.

“Non Functional Upgrade” (NFU) also called “non-functional financial up-gradation” (NFFU) is the name of a scheme implemented by the Congress(I) led United Progressive Alliance(UPA) Government, in 2008, to reward civil servants of 49 ‘Organized Central Group A Services’, also called Central Group A Civil Services, including members of the Indian Police Service(IPS), with automatic time bound pay promotions till the Higher Administrative Grade(HAG). This scheme ensures that all IPS and civil servants, at a minimum, retire at the HAG pay grade, a grade equated by Government with Lt Generals, Vice Admirals, and Air Marshals of Armed Forces.

The promotion under NFU scheme are independent of organizational requirements, vacancy, level of responsibility or span of control of a post. There is no international precedent for NFU scheme which has had wide-ranging financial, organizational, governance implications

Chairperson of 7CPC, recommends that Non – Functional Upgradation (NFU), should be allowed to continue for Organised Group ‘A’ Services, because it has ‘existed for the last 10 years’. In response to the clamour for similar scheme by the Armed Forces, he recommends that a watered down NFU with long residencies “be extended to the officers of the Defence forces and CAPFs” to “ameliorate the difficulties faced by the officers owing to stagnation at various levels”.

Vivek Rae, IAS, and Dr. Rathin Roy, the other two Members of the commission, disagreed with the Chairperson. In their dissent note, while criticizing the NFU scheme, they conclude that “exclusion of Defence forces from NFU” by the UPA government was “unfair”. After examining the NFU scheme implemented by the UPA Government they conclude that the Indian bureaucracy and Police has set a world record “for career progression in government bureaucracies”, by recklessly de-linking “promotions from career progression”. They recommend that NFU be withdrawn from the Organized Group ‘A’ Services, noting that they are far less deserving than the officers of the Defence Forces. They do not favour extending NFU to the Armed Forces. Considering the wide ramifications of the NFU scheme, and the backlash, they recommended that NFU scheme be abolished.

The unexplained exclusion of Armed Forces officers corps from the NFU has had a corrosive impact on the Armed Forces morale, status, cohesion, and national security, according to former senior military commanders. It affects pay and pension structure, status colonels, brigadiers and generals. It alters command and control frame work. The exclusion from NFU distrust between the armed forces and the bureaucracy. It fuels One Rank, One Pension (OROP) protests. And like OROP, it becomes ‘honor and izzat’ issue.

On the sidelines of the Army Day Press Conference ADU asked the Chief about the status of the issue of anomalies in the VII CPC  raised by all the Chiefs,  he mentioned that the Defence Min is pursuing the matter strongly. The main issue is that of NFU, which he feels should be soon granted to the defence forces whereas other issues are of minor nature.  However, there would be checks & balances to ensure that only the deserving personnel get the benefit of NFU, he stated.

In addition to NFU there are four major issues which need early resolution . The AFT has already granted NFU in its 97 page order with implementation by 27 April. With that as a given, the services should focus on other major issues like common pay matrix and equitable allowances. This is also linked to status equivalence wherein the conjointly manned organisations like BRO, MES , DGQA have become dysfunctional. A PD is equivalent to a Maj Gen, and a Maj Gen is equivalent to a JS, but a PD is not equal to a JS. This impacts established functional and command and control structures.

All IAS Officers automatically get their grade to Director (Col) and the first promotion board they face is Joint Secy (Maj Gen). They do not have the rank of Brig equivalent.  If the Services put their own checks and balances I am afraid we will not get NFFU the way AFT Delhi has ordered.

NFU was introduced in 2006 by 6 CPC for Civil Services. Did the Cabinet and politicians concerned apply their minds before accepting such a recommendation  Who would work for the next rank or promotion if you are assured of the salary of the next rank within one year of your batch mate getting a promotion.  As it is the performance of bureaucratic functioning is low and the situation would be further aggravated.

NFU should be done away with for Civil Services by the Government in power. If this view is over-ruled then NFU cannot be denied to the Defence Forces and will have to be introduced for them.

There is another school of thought in the armed forces which thinks a little differently. Why does one have to study for courses, staff college etc as it would not really matter pay or pension wise to any major extent? Those superseded and who in the past normally sought pre-mature retirement would continue serving in order to reap the benefits of their batch mates who are Maj Gen/Lt Gen.

As it is the Army nowadays has only Above Average or Outstanding officers as the points in the ACR are now being shown to them. This is not so in the Air Force and Navy as the ACR is apparently not shown to officers. As such, if an officer in the Army is given a lesser grading his response to work gets affected or the IO is at the risk of unsigned complaints against him. Apparently it is primarily outstanding officers who now make the grade for promotion to higher ranks. With the introduction of NFU (which is now unavoidable) we are adding fuel to fire.

If a person has been selected for promotion by the promotion board but there are no vacancies to accommodate him and he has to retire. May be then, NFU for the next rank could be justifiable.

But a big hit to the forces is that the MOD while favoring NFU for defense-civilians has opposed NFU for the armed Forces. Ministry of Defence (MOD) on the instructions of Manohar Parrikar, Defence Minister, on 24 December 2014, informed Chairman of the 7CPC that MOD does not favour NFU for the Armed Forces. In its submission justifying its stand against the grant of NFU to the armed forces officers the MOD recalled the reasons given by Cabinet Secretary’s Committee, in 2011, in not making “any recommendations on the issue” of NFU for the armed forces. The reasons cited were: the non-functional up gradation scheme is applicable only to organised Group ‘A’ Services which includes Indian police officers but excludes armed forces officers; the average age of entry of commissioned officers is lower than those joining Group ‘A’ Services; and that the norms for recruitment, promotion and rank structure of the Defence Forces are not identical to those of Group ‘A’ officers. Quoting that the service conditions of Defence Forces are quite different from those of civilian employees as the armed forces officers get “Military Service Pay and various allowances which are not available to civilian officers and that Defence Forces officers are covered by a separate time-bound promotion scheme up to the level of Colonel. The MOD also informed the 7CPC that “the Pranab Mukherjee Committee Report’ did not consider “this particular issue” of NFU, and “that for functional purposes, salary cannot be the basis to determine status”.

The MOD, after reiterating that “command and control…promotion and rank structure of the Defence Forces are not identical” with police forces, while knowing that police officers wear army badges of rank, make equivalences with military ranks, and even command armed forces in the NSG and other organizations, in its concluding remark noted, However, on account of the steep hierarchical pyramid in the armed forces, a large number of officers stagnate and retire at the level of Lt Colonel. 7th CPC may, therefore, devise a way to address this issue suitably. One way to achieve this can be, to grant NFU to those personnel who have been stagnating at the same level (say for 3-4 years) after the promotion of their immediate juniors.