New Delhi. 09 May 2021. The IAF is operating a Covid Air Support Management Cell (CASMC) at Palam Air Base since 27… Read More

New Delhi. 04 May 2021. In support of the nation’s fight against Covid-19 and as part of operation 'Samudra Setu II’,  seven… Read More

HAL gets a new Director (Finance) 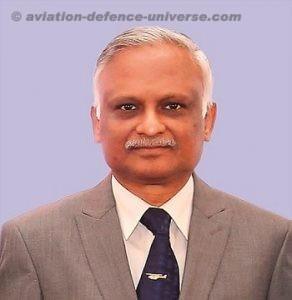 He has over three decades of experience in private and public sectors with stints in merchant banking, pharmaceuticals and fertilisers before joining HAL. He is also HAL nominee Director in the Board of three joint ventures of HAL.

He played an active role in HAL’s Initial Public Offer (IPO) during March 2018. Having rich experience in pricing, he was instrumental in signing of major helicopter contracts of HAL including supply of 159 helicopters to the Armed Forces.