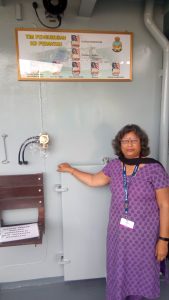 On Board KD Perantau. Somewhere in the Andaman Sea. 23 March,2017. It was indeed an International Fleet Review at Langkawi in the waters of the Andaman Sea when naval ships from across the globe stood in columns to salute the Malaysian Minister of Defence Hishammuddin Hussein, Chief of Malaysian Navy Admiral Kamarul and the guests aboard the Malaysian ship KD Perantau. 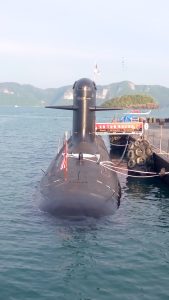 But the one which attracted the maximum attention was not a ship but the Royal Malaysian Navy (RMN) second Scorpene submarine, KD Tun Razak, which was docked at the Resort World Langkawi with the KD

The Malaysian ships which took part in the fleet review are listed below.

The foreign ships which participated in the show are listed below.

Small Crafts participating in the show are

The one and only submarine in the fleet was

Sea Plane which participated in the show was

AUV/UAV/SUV also formed a major part of the display. They were

All these maritime assets were stationed in columns and saluted the VIP ship as it passed each of them. Malaysia’s strategic importance in the region as a ASEAN nation and it’s defence forces on an expansion drive make it a great market and a major ally for all powers that be. The participation of the ships from global navies  at LIMA 2017  is proof enough.