New Delhi. 25 January 2023. One can always be intelligent in hindsight and highlight as to what could have been done in the past on a particular issue. However, it is more important to focus as to what can be done in the present time. It is not only  true in all the spheres but also in the equipping of the Indian defence forces at te moment. There have been many initiatives for indigenisation of defence equipments .It will take considerable time for the country to achieve the intended aim. What is more important is to know as to whether the country is able to leverage its manufacturing potential already available for the indigenisation or not  and if there are some roadblocks then what all   actions are needneeded to be taken to address them.

While data crunching and its factual availability always remains a challenge but even if marginally off the exact figures, it still provides valuable insights. If the details of Indian defence imports are analyzed, it had almost become the largest defence importer in the world and at par with Saudi Arabia as it accounted for close to 11 percent of arms imports in the world if  the figures from the year 2017 to 2021 are analysed. It had a special surge in the year 2013 wherein out of five weapons sold in the world anywhere, one was purchased by India. In addition to the huge outgo of funds to the manufacturers outside the country, this arrangement was dangerous for a country like India having collusive threat from China and Pakistan. These threats are not ‘in being’ but are manifesting on the ground. China is continuing its salami slicing and other expansionist behaviours on our Northern borders. The ingress, transgressions and skirmishes have become more frequent and common with latest conflict at Yangtze on 09 Dec 22 in the Indian state of Arunachal Pradesh. Such profile is likely to continue albeit with increasing scale and intensity. 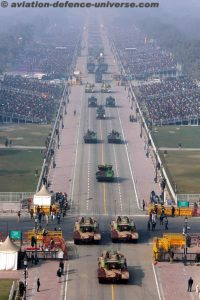 The obvious deduction from all this is quite evident. The war remains a definite possibility and therefore the country needs to be always prepared. If the war does not take place, it is all the more better as a well equipped defence force would have achieved its aim even without fighting the war. Equipping is therefore important and that  too from the indigenious equipments including all other warlike stores.

The Government has launched multiple initiatives including coming up with three negative lists which has been re-designated as positive lists for indigenisation when the fourth such list was  rolled out during Defexpo 2022 in Gujrat. The import ban will offer a business potential of close to 2 Lakh crores while the value will be close to 4 Lakh crores in five years duration. This is a great opportunity for Indian manufacturers who have already invested in defence domain or are keen to launch green-field projects in the defence manufacturing, be it full product, its assemblies or spare parts.

To make it happen, the Government needs to provide a translation layer for the items included in these negative/positive lists so that the industry can get a clarity as to what has to be done to manufacture these products. A brief detail about these lists will elucidate the point better and has been covered as under: 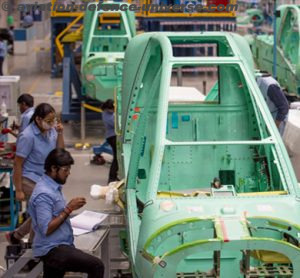 The planners hope that conventional approach clubbed with certain positive actions will bridge the huge gap in the defence manufacturing domain. It is, however, more important to bridge the information gap so that the defence manufacturing potential of the country can be optimised for national good. The capacities so created in the country will not address only the need of Indian defence forces but will also rejuvenate the defence exports not only in achieving targets sent by the Government but taking it much beyond that. The operationalization of translation layer is the most important key to this success critically needed by the country.

Published in Republic Day 2023 and Spotlight