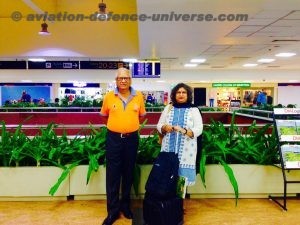 Chennai. 10 April 2018. This is definitely going to be a DefExpo with a difference . A string of many firsts heading which is the fact that this is the first time when stress is on what India can sell and not on what it can buy. 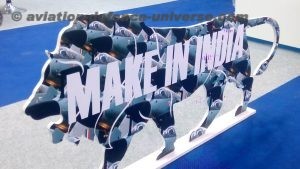 With the tagline ‘India: The Emerging Defence Manufacturing Hub’,  DefExpo 2018 aims at projecting both Make in India and the Made in India for the armed forces. 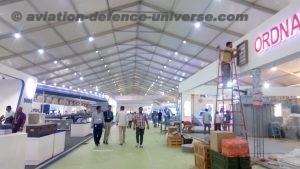 Defexpo which was traditionally held at Pragati Maidan in Delhi, has since Manohar Parikar’s stint as Defence minister become a showcasing of the home state of the Defence minister and eventually a vote bank. Defence Minister Nirmala Sitharaman who hails from the state of Tamil Nadu has left no stone unturned to ensure it’s success . From the help desk at the airport to the blitzkrieg publicity of the show in form of banners virtually every kilometre in the city, the activity of  construction and last minute setting of booths in the unassuming temple premises on the shore of Bay of Bengal and the presence of warships in the waters of the sea across the East Coast Road, all project  the importance of the event for the Minister. 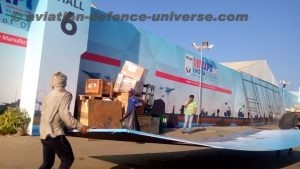 A dry run of the demonstrations of the land, air and naval systems, scheduled to be displayed for Prime Minister Narendra Modi on April 12, was conducted in  the  presence of the Defence Minister when she came to personally review the status of preparations a couple of days back.  “This defence expo, will showcase, a number of products that are being made by India and can be exported. This is an additional feature of this expo,” Sitharaman reiterated.

The Prime Minister will officially inaugurate the event on 12th April and would open the ‘India Pavilion,’ spread over 35,000 sq.ft, which would showcase the latest products made by public and private companies. “Products of our country’s small and big business houses that have a potential to export or are already exporting defence products will be showcased here. Foreign companies, delegates can look at these products and there is a possibility of orders being fixed at the expo. We are trying to create opportunities for big, small and MSMEs at the expo,” she added. Last week at the pre-event launch of the Defexpo at the DRDO auditorium in Delhi,  Ajay Kumar, Secretary, Defence Production, said the event is being conducted on over 2.90 lakh sq.ft of space, an increase of 25% over the last event held in Goa. MSMEs will showcase their products on 20% of the total area, and 72% of the space has been provided for Indian exhibitors. He optimistically stated that all the big international companies would be present at the event and an invite had been sent to China though confirmation is still awaited.

Nirmala Sitharaman yesterday addressed a meeting of India’s 44 defence attaches from missions abroad. These attaches will attend the expo, according to reports. She also spoke about expanding defence manufacturing in India and stressed that the attaches needed to engage more with all stakeholders in the defence sector, including DPSUs, to expand broader defence cooperation links. This could also mean India’s desire to export its defence equipment. Foreign defence OEMs and supply chain partners are positive  thought a little less than previous Defexpos with just 154 exhibitors out of the 671.firms including Lockheed Martin, Boeing (US), Saab (Sweden), Airbus, Rosoboronexport, United Shipbuilding (Russia), BAE Systems (UK), Sibat (Israel), Wartsila (Finland), Rhode and Schwarz (Germany) are among the firms that have lined up for the expo.

With  Make in India being the stress point, the Indian Defence Public Sector Units and the strong and burgeoning private sector have taken a major area at the exhibition. The Indian defense sector has historically been dominated by state-owned enterprises, known as Defense Public Sector Undertakings (DPSUs) and Ordinance Factory Boards (OFBs). 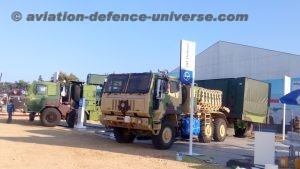 An exclusive India Pavillion has been set up for the first time to showcase the combined strength of DRDO, public and private sector in defence manufacturing  with an array of digital experiences including war game simulation zone, augmented reality, virtual reality and physical simulators . During the event, Transfer of Technology (ToT) of DRDO developed products to private industry and DPSU partners will be done  for products  including Astra Missile, Varunastra heavy weight torpedo, anti-thermal anti-laser grenade and Abhay Sonar. With the show just two hours away from a tame first day beginning one gets a feel that the DPSUs , Ordnance factories and DRDO have got a shot in their already robust arms and MSMEs hopefully a platform to showcase their existence to the defence ecosystem . And by the time the world  descends on the sands of the Arulmigu Nithyakalyana Perumal Temple, adjacent to Vadanemmeli Sagaya Matha Church, Thiruvidanthai, Thiruporur Taluk, Kancheepuram, East Coast Road, Chennai, Tamil Nadu, India,  to be a part of Defexpo 2018, one thing is sure, the government will ensure that the event starts with a bang. Lets hope it ends with a bang too and not in a whimper. The presence of naval ships in the waters of the Bay of Bengal across the road and the live demonstrations might just prove to be right in the maiden attempts to make the event a cynosure of all eyes.

Published in Defexpo 2018 and Latest News