COAS, COL OF THE REGT 61 CAVALRY PRESENTED WITH ACCRUEMENTS OF THE REGT

New Delhi. 14 June 2017. In consonance with the rich traditions Gen Bipin Rawat, UYSM, AVSM. YSM, SM, VSM, ADC, COAS and Col of the Regt, 61 Cavalry was presented with Regimental sword, lance and accruements of the Regt in a brief ceremony at South Block by Colonel Ravi Rathore, Commandant and Ris Maj Satar Khan. 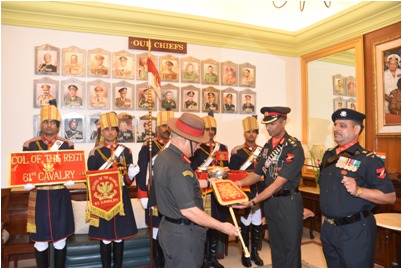 Traditionally 61 Cavalry is the only Regiment in Indian Army to have COAS as its Col of the Regt. The Regt has to its credit 01 x Padma Shri, 10 x Arjuna Awards, 11 x Asian Games Medal and several representations in FIP Polo World Cups/Asian Games amongst numerous laurels won for the country and Army in International and National arena. The 61st Cavalry is a unique and distinctive Regt having multiple roles i.e. operational, ceremonial and equestrian and has had the honour to lead the Republic Day and Army Day for over 70 years. 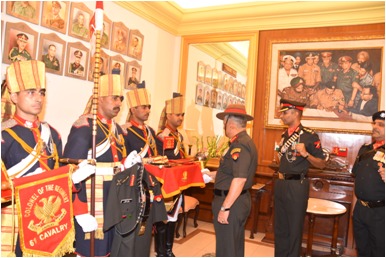 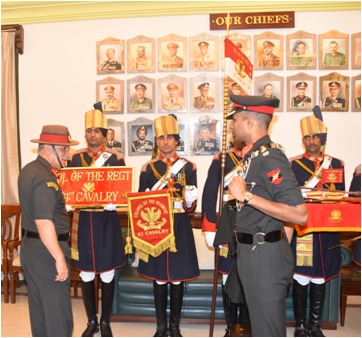