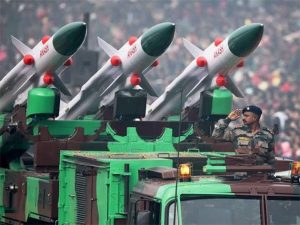 By Gen. VK Saxena(Retd.)
Bangalore. February 2017. Professionals and  Subject Matter Experts look forward with awaited breadth, the unfolding of the 11th Edition of Aero India at the Air Force Station Yelahanka. With more than 750 Global and Indian companies, (up from 644 in its 2015 edition), the Aero India presents a rainbow of opportunities for different stakeholder groups.
For the OEMs, the list is long. A chance to hold one-on-one with the users (sometime decision makers) both for catalysing their ongoing procurement cases, as also, to get a sense of the future needs, partake first hand, in Policy announcements and release of new documents, assess peer products, forge new alliances, find new Indian Offset Partners, showcase their strengths of new/upcoming projects/products and more. For the Service officers, both serving and veterans, it is a treasure-trove to see nearly the entire aviation, air defence and aerospace giants of the world converge in a finite real estate, providing the opportunity to ‘see and feel’ first hand, the emerging technologies at the cutting edge.
It is for the latter, that this brief work provides a preview of some of the key technologies to watch out in the aerospace and air defence domain. 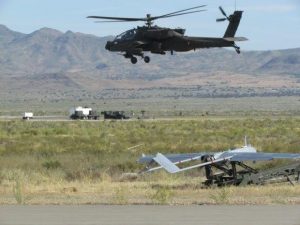 The first major vertical that will run across the entire spectrum of  OEMs is the stealth vertical. In that, while the aircrafts, attack helicopters and the UAS (Unmanned Aerial Systems) will display the  ‘sword edge’ of the  technology enabling them to perform the magic of near invisibility, the sensors of all hues will display the air defenders resolve to find the ‘needle in the haystack’. Though most of the OEMs keep their stealth R&D jewels under heavy cover, professionals do manage to get a sense of the same in such forums. To this end, some of the technologies to look out for in this vertical are:-
·         Latest RAM (Radar Absorbent Material) solutions featuring di-electric composites, ablative paints, nano-coats, EM hotspots coolers and more.
·         Plasma driven stealth solutions and chameleon/smart skin technologies to minimise RCS.
·         6th generation stealth solutions featuring propulsion sub-system shaping with fluidic nozzles and de-cluttering of designs to minimise moving parts.
·         Platform alignment technology to achieve ‘near same angle’ alignment, all along the outer surface.
·         Most interestingly, stealthy weapon bays with canted trapezes that are lowered into the air stream only at the firing moment thus exposing at no point, the ASM arsenal and BVR missiles and thereby increasing stealth muscle many fold.
·         Other innovative design solutions like forward swept intake ramps, fixed geometry serpentine inlets with diverter-less bumps, trapezoid shaped wings, jagged-edged tiles and nozzles as signature ameliorators, cooled and concealed engine nozzles
·         Some of the aircraft to look out for featuring the above technologies and more will be:- (list is only indicative and not at all comprehensive):-
Ø  Lockheed Martin F35 Lightning II and F22 Raptor.
Ø  Sukhoi PAK FA (T-50) Russia.
Ø  KAI/KF-X south Korea.
Ø  AMCA – HAL ( still in the pipeline)
·                  While most of these aircraft might be involved in busy demonstration flights, what will be readily available will be their OEMs with all the real-life material that can be ‘felt and seen’ and one-on-one interactions carried out. The author has always found such interactions, a professionally satiating experience.
On the defenders side, following technologies are on display:-
·         Passive Coherent Location (PCL) systems.
·         Sensors in FM, Digital Audio Band (DAB),  and Digital Video Broadcasting- Terrestrial Band ( DVB-T).
·         Laser enabled stealthy radars (LIDARS). (in models only)
·         New developments (if any) in Schlieren photographic techniques.
·         Counter Very Low Observables (CVLO) – especially the Russian solutions.
·         OTH (Over the Horizon) radar solutions ( eg Sunflower Russia) (literature only). 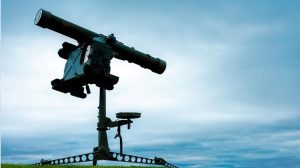 In the above context the stalls of  Rosoboron Group, Almaz Antey, Elta, Thales, IAI, Rafael, Elbit, EADS (now Airbus), Boeing, Lockheed Martin, Raytheon, Northrop Grumman and more will be worth visiting
Another technology vertical to watch out for belongs to the fast shaping empire called the UNMANNED. Be it UAVs/UCAVs ( Unmanned Aerial Vehicles/ Combat UAVs) or even the unmanned version of the front line combat aircrafts, there is one buzzword, and that is unmanned. And now, it has a special tag with it – ‘MUMT’, that is.Manned and Unmanned Teaming . The art and science of combining the intellect, decision making capability and hunch of a combat pilot with the brute precision , endurance and firepower of the unmanned machines. This is being experimented with, by the front ranking countries with disproportionate and multiplicative gains. While many a product and technologies belonging to the unmanned world will be there on display, the following at the cutting stretch edge will be interesting:-
·          Mini and micro UAVs as also nano concepts being applied to UAVs/UCAVs.
·         Long range combat drones capable of carrying ‘special’ payloads (e.g nEUROn).
·         VTOL/SVTOL (Vertical Take Off and Landing / Short VTOL) concepts being applied to UAVs .
·          Rotary wing UAVs.
·         Latest on morphing techniques being applied on UAVs.
·         Developments towards achieving full vehicle autonomy, permitting total independence from the GCS (Ground Control Station).
·         SWARM concepts and orithropers.
·         UAVs in civilian usage domain (LIMITLESS) .DIY (Do it Yourself) UAV kits for enthusiasts.
·         Latest achievements in MUMT concepts.
Like stated before, while most of the actual machines may not be at display, it is the calibre of the subject matter expert to visit stalls talk to experts, see and feel their products and take home the assessed /interpreted wisdom. That is the challenge.
In the field of Ground Based Air Defence weapon Systems (GBADWS), while most of the world-class OEMs will display their conventional range of SAM ( Surface to Air Missiles) systems , namely the VSHORADs, SRSAMs, QRSAMs, and MRSAMs,( Very Short, Short. Quick Reaction and Medium Range SAMs), what will be of special interest to professionals is to have a look as to where the cutting edge technology has reached in some niche areas. Some of these areas are:-
·         Soft kill systems based on laser. In this context while M/s Northrop Grumman have not yet confirmed their participation , it would have been nice to know as to where they have taken their HORNET (Hazardous Ordnance engagement Tool Kit) story till date, or how the power deficit issue in laser kill beams is being addressed by M/S Raytheon in their LADS ( Laser Air Defence System) system. Besides the US, one will be able to get a sense on the laser weapon related cutting edge work by visiting OEM stalls of Israel, France, Russia, UK, Germany and more. Last time M/s Boeing had some real-life literature/presentations on their Avenger system.
·         Any move forward from drawing board to shop floor in the areas of CPB     (Charged Particle Beam) and HPM (High Power Microwave)  weapons especially in the uphill challenge of creating long distance microwave beam with required focus and intensity and minimum collateral. These details will never be on the show window, one will have to prod and assess making a sense out of the answers the OEMs give, rather reluctantly.
·         Latest developments in building net centric and flat Air Defence BMC2 and C&R (Control and Reporting) systems in the IADS ( Integrated Air Defence System)  regime with a capability to thread dissimilar systems on one command loop in the layered and tiered defence mode.
If there is one other field that always claims the abiding interest and excitement of professionals, it is munitions. In this, it will be interesting to see the cutting edge and beyond in the following:-
·         Beyond Visual Range Air to Air missiles (BVRAAMs). Last time the MBDA stall had the model of Meteor and Raytheon displayed an AAMRAM (Advanced Medium Range Air to Air Missile).
·         Precision Guided Munitions (PGMs) touching new standards of accuracy in sub-metric regions.
It has always been interesting to see the BrahMos stall and see the new areas of reach they are in to. With the announcement in Sep 16 of INS Mormugao to be fitted with BrahMos supersonic cruise missile and maiden flight of SU 30 MKI with 2500 kg supersonic cruise missile in Jun last year, it will be worth the while to get the details of further developments on these issues. Also on the open source information of BrahMoS doubling its range to 600 km? 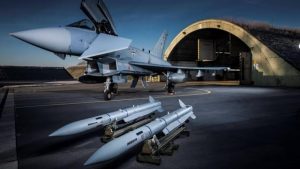 Of course DRDO ADA will proudly display their AKASH weapon system for the world to see its unique features like the state of the art 3D Passive Electronically Scanned Array Radar, rocket ramjet technology providing all-the-way powered flight with no deceleration and a power-punch end game and a very strong ECCM package on board its sensors. With Malaysia, Thailand, Belarus and Vietnam in the queue, there is an added sense of self-pride.
As stated earlier, it will indeed be a professional treat at the Aero India 2017, much like visiting  dozens of countries around the globe.
(VK Saxena is a Delhi-based  former Director General Army Air Defence. He is presently an Advisor to a leading Defence PSU . The views in the article are solely the author’s. He can be contacted at[email protected]).
Share this on WhatsApp