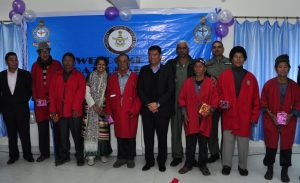 Consequent to the CCS approval in June 2008, the IAF had embarked on an ambitious reconstruction plan to upgrade Tuting ALG along with other ALGs in EAC’s area of responsibility. The land of Tuting ALG was taken over by the IAF on January 15, 2010.

The ALG upgradation project was executed by Chief Construction Engineer (North East Project) and Works Department at Headquarters Eastern Air Command. Close supervision and active monitoring by the Project Monitoring Group (PMG) under Air Force Station Jorhat (Assam) made it possible to execute the task in spite of the difficult location and natural hindrances in sustaining the supply chain of material and machinery.

The ALG has been upgraded with a full-fledged runway and all the associated facilities. The strategic location of Tuting ALG will make it a launching pad for the IAF operations as well as a facilitator to the Administration in the management of border area. The ALG will be used to bring in vital supplies from cities in Assam via fixed wing aircraft and helicopters besides meeting challenges during natural calamities. Commencement of civil flights operations from ALG Tuting has been proposed to Director General Civil Aviation and Airport Authority of India. 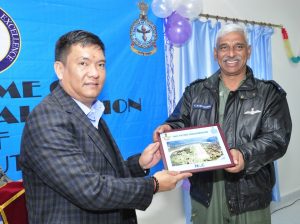 The opening of ALG Tuting will facilitate air connectivity with rest of the country and give a huge fillip to tourism in the state of Arunachal Pradesh. The pristine and picturesque landscape of Tuting on the banks of river Siang, will become accessible to the world. The un-spoilt natural beauty of the area is sure to attract many tourists, which in turn will usher in a new round of the prosperity and happiness for the local population.