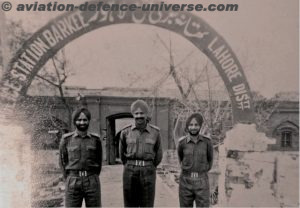 New Delhi. 23 September 2022.  India gained independence on 15th August 1947 wherein British India was bifurcated in India and Pakistan. Not only this, Pakistan emerged in two parts – West Pakistan and East Pakistan flanking large Indian mass from two sides. The independence was given by an act of British Parliament which was given royal assent on 18th July 1947. This act necessitated formation of two dominions – India and Pakistan whose boundary was hurriedly drawn as Radcliffe Line. There were more than 500 princely states which were to be integrated. While large number of princely states opted to join India or Pakistan based on geographical contiguity and other related factors, some of the princely states attempted to remain independent contrary to constitutional provision. In addition, some of them delayed the decision by attempting to sign ‘standstill agreements’.

Pakistan attempted to exploit this situation as Maharaja Hari Singh of J&K princely state had neither joined India nor Pakistan on 15th August 1947. While India was busy integrating other princely states, Pakistan attacked J&K to capture the state by force. Once Pakistan made sizable progress in the state of J&K, Maharaja Hari Singh signed instrument of accession to merge with India on 26th October 1947. It was after this that India intervened militarily pushing back Pakistani militias and Pakistani regular army personnel. Before the entire state of J&K was liberated, ‘cease fire’ was declared wherein close to 1/3rd  territory remained with Pakistan despite being in violation of instrument of accession signed in favour of India.  Indian forces fought aggressively but  India as a nation remained defensive wherein it did not use air force in offensive manner to fast track the outcome of the conflict. Not only this, it also fought only in J&K and did not expand the conflict areas beyond J&K, another confirmation of its defensive war fighting. Not only this, it accepted the ‘cease fire’ before achieving either its military or national aim.

As Indian defense forces started getting evolved after independence, though not being predominant consideration in the national agenda, it  suffered substantially in 1962 war with China. While outcome of 1962 war is one issue but the preparation for war fighting and equipping for the high altitude areas was also not addressed adequately. The quantum of army deployed was also not in full besides no offensive use of Indian air force despite suffering huge losses both militarily as well as territorially. 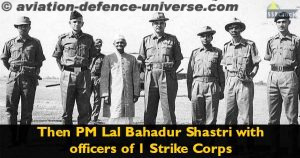 With outcome of 1962 war, Indian defense forces commenced re-organization and re-equipping. Pakistan on the other hand, handed over Sakshgam Valley to China in 1963 despite J&K being Indian part. Pakistan also got substantial support from USA to equip its defense forces, so much so that it gained qualitative edge over India in air power as well as in armoured vehicles, though marginally inferior numerically. Pakistan wanted to make another attempt militarily to take J&K in its fold. It therefore launched military operations in 1965 as it wanted to exploit the weakened position of India in 1962 war and wanted to launch this operation before Indian defense forces are fully re-organized and re-equipped.

In 1965 war, though initial skirmishes commenced in Rann of kutch in the beginning of 1965, the real war from Pakistan was fought in the state of J&K. Operation Gibralter was launched by Pakistan by inserting its forced in the state of J&K. It never hoped that India of 1947-1948 having gone through the defeat of 1962 has changed much strategically. The country, India, which was strategically defensive during close to two decades after its independence met its watershed moment in 1965 and everything changed during this war. As we are nearing its 57th anniversary on coming 23rd September 2022, lot will be written and analyzed including why did 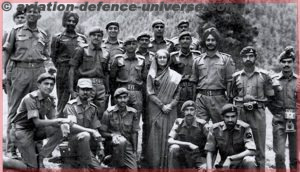 we hand over hard won territories including Haji Pir Pass during 1966 Tashkent agreement. The most important take away of 1965 Indo-Pak war was, however, declaration of Indian arrival on the war fighting scene not only in the subcontinent, but to the world as well.

While some analysts classified this war as a stalemate but the following tenets of war fighting proved that this war was the watershed moment for the Indian defense forces wherein it transited from the defensive mindset to offensive mindset: 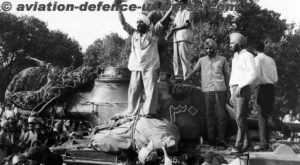 India has never looked back since 1965. Having traversed this watershed moment in 1965, it gave a beating to the Chinese in 1967 during Nathula-Chola skirmishes. Moving ahead in 1971, it created unparalleled win in the world history having liberated a nation, having dismembered its prime adversary Pakistan and capturing 93,000 soldiers as POW. India continued with its offensive strategic intent thereafter as well having captured Siachen in 1984 and negating Chinese moves in 1987 in general area Samdurong Chu. Not only this, India defeated Pakistan during 1999 Kargil conflict despite self imposed restriction of not crossing the LOC as the country, which was considering itself as a suitable candidate for permanent membership of the security council, wanted to act responsibly with maturity.

As we move ahead and reach the timeline of LAC standoff with China in April-May 2020, India captured the Kailash range, a  victory which was not only surprising for China but to the world as well. The transition of Indian defense forces achieved in 1965 appears to have reached its full manifestation now and it is due to this very reason, 1965 war becomes the most important watershed moment for the Indian defense forces.