New Delhi. 15 May, 2016. The civilian government of Nawaz Sharif which is already under immense pressure, due to the leak of Panama papers which contains the names of his family members for having companies abroad and hostile attitude of Pakistan army Chief  Raheel Sharif, got a big jolt when US administration informed that it will not subsidize the sale of eight F-16 Fighter jets and Foreign Military Funds (FMF) will not be available to Pakistan for purchase of F-16s.

The critics of Nawaz government claimed that it is a clear-cut case of failure of foreign policy of Pakistan. The Indian lobbyists successfully influenced US Senate which indirectly blocked the sale. Indian Prime Minister also raised objections with US authorities in April when he visited US to attend Nuclear Security Summit. It appears that US appreciated India’s concern and put such a condition that it killed the deal.

Sartaz Aziz Advisor to Prime Minister on Foreign Affairs stated that Pakistan government is negotiating with Obama administration, US Congressmen to withdraw this stipulation and the deal is still not fizzled out completely but top foreign policy wizards mention that Obama administration which also wanted to inculcate better relations with India will not render any assistance to Pakistan.

In October 2015, US approved sale of eight F-16s to Pakistan for counterterrorist operations mainly on border areas of Afghanistan. It was agreed that Pakistan will pay USD 270 million while USD 430 will be paid by USA. However the dominant Senate Foreign Relations Committee refused to subsidize the sale as the US law makers stressed that Pakistan had not taken any consequential action against various terrorist outfits which are operating from its soil, it is also supporting diverse Taliban groups in Afghanistan especially Haqqani network which is attacking US forces in the country,  Dr.Shakeel Afridi, on whose information Osama bin Laden was exterminated, is still in prison,  and F-16s would be used against India and not against terrorists. Pakistan’s unrestricted nuclear programme is also cause of concern in US.

The leaders of Balochistan Liberation Army including Mehran Marri, the European Union representative of Balochistan claimed that Pakistan army would use F-16s to crush independence movement of Balochistan as most of the terrorist groups are financed by ISI and these outfits work under the instructions of rogue intelligence agency hence no worthwhile action will be taken against the terrorist outfits.

The powerful Central Intelligence Agency (CIA) has collected conclusive evidence that sponsoring of terrorism is the part of state policy of Pakistan and it has waged low intensity war against India and Afghanistan. It trains, shelters, provides weapons and renders financial assistance to various terrorist outfits, although it claims that these terrorist outfits are non-state actors but the fact is that these terror groups work under the instructions of nefarious ISI. 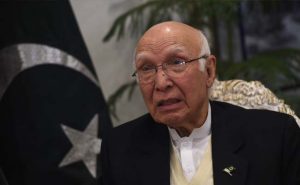 Pakistan Air Force (PAF) possesses about 70 F-16s and Pakistani authorities accept that F-16s are very effective but the country is in no position to pay full price of the aircraft, hence it would opt for JF-17 Thunder jets which were developed jointly by Pakistan and China. PAF may also try Chinese J-10 and J-20 stealth fighter aircraft or Russian Sukhoi Su-35 fighter aircraft in case F-16 deal is dissipated.

India cannot stop China from assisting Pakistan as China helps out Pakistan with ulterior motive of countering India. China successfully obstructs India’s economic growth by instigating Pakistan for carrying out terrorist activities in the country. Nonetheless India must use its good offices so that Russia does not supply armaments to Pakistan which are bound to be used against India.

Here it will not be out of point to mention that The Russian Federation which traditionally had close friendly relations with India is unhappy over growing India US relations hence it is also inculcating amiable ties with India’s arch rival Pakistan by agreeing to sale military hardware.  In recent past, Pakistan and Russia signed bilateral defence cooperation agreement and Russia also agreed to sale four Mi-35 attack helicopters to Pakistan. 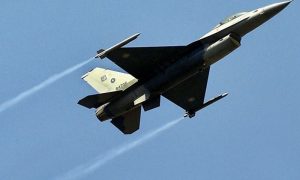 Pakistan also claims that it would not accept any restriction about the use of F-16 which was very useful in counterinsurgency and counterterrorism operations including Operation Zarb-e-Azb against the terrorists.  F-16s were very effective in bombarding terrorists’ hideouts in Federally Administered Tribal Areas (FATA) where several thousand terrorists were either killed or escaped from the area.

Pakistan government can utilize FMF for purchase of other military hardware excluding F-16s. Although Pakistan purchased weapons worth several billion USDs from US and US gave several billion USD as aid but Pakistani authorities still allege that India is strengthening its defence capability hence the balance of power is heavily tilted in India’s favour.The analysts mention that US needs support from Pakistan to deal various terrorist outfits in Afghanistan. There is no doubt that the military controlled ISI has a considerable influence on various Taliban factions especially Haqqani group but it renders assistance only if US adheres to its conditions. Pakistanis claim that at present General Sharif is acting quite stringently against various terrorist outfits and blocking of the sale of F-16 will affect Pakistan’s resolve against the terror outfits.

Pakistan is also worried that if Donald Trump becomes US President, who is anti Muslim and anti Pakistan, US policy towards Pakistan may take a turnaround and Pakistan will not get much assistance from US.

Meanwhile Pakistan political leadership  is trying to brush aside this development for public consumption. At a breakfast meeting in Islamabad, the foreign secretary Aizaz Chaudhry said, “no conditions should be attached to the sale of F-16s because Pakistan plans to use the jets only for the purpose of fighting terrorists. ” And if sources are to be believed ,Pakistan has conveyed to the US that it does not have the money to buy F-16 jets without subsidies and has warned that it may consider looking towards some other seller and buying some other fighter aircraft to meet its existing requirement. And Pakistani corridors of power really believe that this will make US rethink on its decision. Well if wishes were horse the beggars would ride!