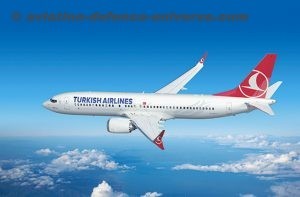 New Delhi. 15 January 2018. Turkish Airlines has completed the year 2017 with a great success. The number of passengers in 2017 compared to previous year was increased of 9.3 percent and the flag carrier carried 68.6 millions passengers. Compared to the previous year the load factor reached 79.1% by increasing 4.7 points. The flag carrier has reached highest December load factor rate with 79.5% in the last month of 2017 in its history

Chairman of the Board and the Executive Committee of Turkish Airlines M. İlker Aycı had gave the first signal of the global carrier’s proven success at the end of 2017, in January 2017 and İlker Aycı had stated that; ‘‘ We believe that 2017 year will be much better year than 2016. We made our plans and savings accordingly. We are analyzing the conditions of our home country, our region, our industry, the developments and trends in aviation and tourism sector. I believe that we will complete 2017 successfully and Turkish Airlines will complete the year with increased power, brand value and market share once again’’.

Published in Airlines and Latest News