This agreement satisfies the RDAF requirement for optimum availability of engines during their search and rescue and military operations, both at home or while on deployment. 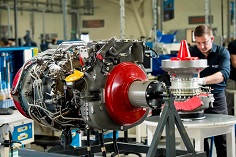 The GSP optimizes turboshaft availability and enables military operators to focus on their core activities. It guarantees availability at a fixed price per engine flying hour, a close technical partnership with the OEM and provides the customer with full budget control during the contract period. Through this support partnership, a team of Safran Helicopter Engines specialists will be dedicated to maximizing availability of the RDAF’s RTM322.

Commander Kim Bo Meier, Director of Helicopters at DALO, said: “DALO looks forward to this agreement that will ensure sufficient engines to support the operational tasks in the period. The GSP agreement is based on good partnership between the parties.”

Franck Saudo, Safran Helicopter Engines Executive Vice President Support & Services, said: “This contract marks a major new milestone in our partnership with DALO and the RDAF. We will deliver world-class services to guarantee their engine availability; thus demonstrating that the GSP model is particularly well-suited to supporting the engine fleets of modern air forces”.

This GSP will be managed by Safran Helicopter Engines Germany, which supports more than 280 operators flying in Germany, Scandinavia, Central and Eastern Europe, Russia and Central Asia.

Published in Engine Makers and industry