Moscow. July 17, 2017. It is time once again for the aviation world to descend upon the aerospace major nation of the erstwhile iron curtain region. Rostec Corporation, one of the main organizers of MAKS-2017, will present the latest Russian developments in the space industry as well as in aircraft and helicopter engineering and weapons. 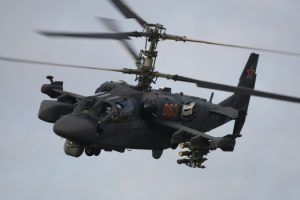 Visitors of the stand of United Engine Corporation will be able to see the engine PD-14 created for the Russian airliner MC-21, engines AL-41F-1C and RD-33MK for combat aviation, helicopter engines TV7-117B and VK-2500PS, a small engine 36MT, and the digital engine control and regulation system BARK-88.

The static exposition of MAKS-2017 presents almost the whole model range of the Russian Helicopters holding: the civilian helicopters Ansat, Ka-32A11BC, Mi-8AMT and Mi-38 as well as the military helicopters Mi-171Sh-VN, Mi-17V-5, Ka-52, Mi-35M, Mi-28 NE and Mi-26T2.
Equipment manufactured by Russian Helicopters takes an active part in the flight program of the salon. About 10 helicopters will be involved in formation flying, while individual aerobatics of such helicopters as Mi-26T2, Mi-35NE and Ansat are also included in the program. The latest machines Mi-38 and Mi-171A2 will take part in paired aerobatics.

A distinct item in the MAKS-2017 agenda will be dedicated to unmanned aerial vehicles. The design bureau VR-Technologies will showcase an experimental model of a modernized unmanned tilt-rotor aircraft RHV-30, which has concluded another stage of flight tests.

‘During the salon we plan to reach several key agreements with our strategic partners. In particular, we intend to conclude an agreement with UAC on the supply of new engines for Il-114-300 and to sign a memorandum with Chinese partners for the creation of a Russian engine for wide-body long-range aircraft on the basis of UEC. During the negotiations with our foreign partners we intend to focus on after-sales service of aviation equipment and on construction of service centers’, underlined General Director of the State Corporation Rostec Sergey Chemezov. 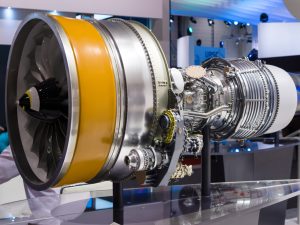 At its stand, Rosoboronexport will show over 160 military products, predominantly those designed for air forces and air defense. And visitors of Techmash stand will be able to see the samples of the latest aircraft bombs and such weapons as all-altitude ODAB-500PMV and PBK-500U unified cluster bomb. As part of the flight program, a maiden flight of T-500 aircraft (RT-Chemcomposite holding company) for domestic agricultural sector is expected.

In addition to the expo-program, Rostec and holding companies plan a number of signings and agreements at the international level during the business days of the salon, for example with the Royal Malaysian Air Force and UEC or the agreement between Russian Helicopters Holding Company and United helicopters International Group LTD (PRC). The signings with Russian companies are planned as well (UEC is developing cooperation with VTB and VR-Technologies and Utair will sign an agreement to cooperate in promotion of a new type of aircraft). The entire list of signings will be available in the program of the Organizing Committee for the salon.