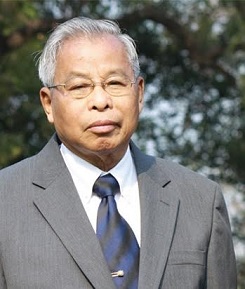 By Sangeeta Saxena
New Delhi. 28 June 2016. Isak Chisi Swu, co-founder of the National Socialist Council of Nagaland-Isak-Muivah (NSCN-IM) dies and a chapter in the history of Naga movement for Greater Nagalim.

Swu, who along with Thuingaleng Muivah headed the NSCN-IM and raised the banner of sovereignty for Greater Nagalim outside of India, making a Christian State by unifying all the Naga-inhabited areas in the North East of India and Northern Burma. This happened on January 31, 1980, after they opposed the Naga faction of Naga National Council for entering into an understanding with the Indian government. And a lot of water has flown under the bridge since then.

The two leaders joined the Naga National Council (NNC) in the early sixties. Swu was foreign secretary of the “Federal Government of Nagaland” and Muivah its general secretary. The ethnic conflict in Nagaland, is an on going conflict fought between the ethnic Nagas and Government of India and Government of Myanmar. Nagaland inhabited by the Nagas is located at the tri-junction border of India on the West and South, China on the North and Myanmar on the East.

The parallel NSCN (I-M) government has been functioning in Nagaland with a full-fledged cabinet and all other trappings of a legally constituted ministry. It is significant that the reshuffling took place before Padmanabhaiah left for Amsterdam for what many people feel could be the final round of peace talks that would be held with the NSCN top brass outside the country. The ceasefire agreement between the Government of India and the NSCN(I-M) got a boost following a meeting between Prime Minister Atal Behari Vajpayee and the NSCN leaders Isaac Chishi Swu and Muivah at Osaka in Japan. Prior to the Osaka meeting, Muivah and Isaac Swu, the “Prime Minister” and the “President” respectively of the “Government of the People’s Republic of Nagalim” met Vajpayee in Paris. 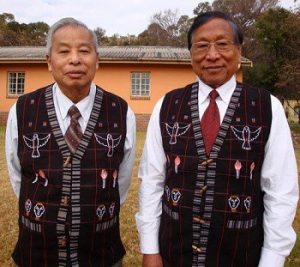 A peep into history will tell us that “Naga terrirtory” existed with “Full Sovereignty” before the advent of the British colonial expansionism in 1881. In 1947, the people of India and the Naga territory were liberated from the yoke of British rule. As early as January 10, 1929, Naga had informed the British government that they would not join the Union of India. After India regain sovereignty from British colonial rule, India Invaded Nagaland. The land of Nagas was divided among two countries, India and Myanmar. “National Socialist Council of Nagaland (Khaplang)”, which wants an independent “greater Nagaland” to include territory now in Myanmar, based on ethnicity; and the “Naga National Council (Adino)”.

The question of “Naga Sovereignty” was put to plebiscite on May 16, 1951. In order to defend themselves, the Naga after much deliberation formed the armed wing of NNC, came to be known as NSG (Naga Safe Guards) under Kaito Sukhai.

The Naga group was in peace talks with the government and Isak had kept a close watch on the developments despite a bad health. A key player since 1997 when a ceasefire agreement was reached between his group and the government, he had been in constant meetings with prime Ministers of India right from PV Narsimha Rao to Narendra Modi.

The excitement was palpable when the Prime Minister initiated talks last year, but he could not attend the meeting due to ill health. He expectantly waited for the group to return from the meeting with the Prime Minister. They returned to the hospital to take his signature on the peace agreement which he happily signed on.

For him the peace agreement was a dream come true. He know always that the dream of Greater Nagalim as a sovereign state within India would never realise and rightly so, but he being the softer of the duo felt a peace accord could be the via media to happy co-existence.

Prime Minister Narendra Modi tweeted, “My heartfelt condolences to the family and supporters of Swu on his demise, May his soul rest in peace. Isak Chishi Swu wished the best for the Naga people and aspired for peace. He will be remembered for his historical role in bringing out the framework Agreement for Naga peace.“
Congress chief Sonia Gandhi too condoled the death, and hoped that “his legacy will evolve into that of lasting peace” in Nagaland.

Isak Swu’s death comes at a time when the NSCN-IM and the Indian government are still negotiating for a final conclusion of the Naga Peace Accord.

This journalist was one of the first media personnel to have covered the NSCN(IM) Head Quarters near Dimapur in 1998.