September.  Indian Defence Minister Manohar Parrikar said MoD has started working on new policy guidelines relating to working of Cantonment Boards. Addressing the Consultative Committee attached to his Ministry in Goa, he said, the government is committed to resolving the problems faced in Cantonment areas, keeping in view security considerations and overall public interest while weeding out archaic provisions and replacing these with more realistic rules. This is the first time that a Meeting of the Consultative Committee of MoD was held outside New Delhi. 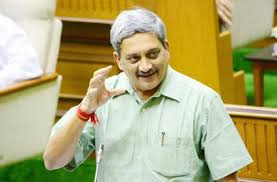 Parrikar said he has been receiving a number of representations about the difficulties faced by civilian residents of cantonments and these relate to closure of roads in cantonments, problems connected with the works of Defence Act, 1903, inordinate delay in transfer and mutation of properties held on old grant or lease, sub-division and change of purpose, resumption of properties held on old grant, renewal of expired leases, conversion of old grant or leasehold sites in civil areas of the cantonments into freehold and restriction on construction of building and revision of building bye-law.

The Cantonment is a place or places declared by the Central Government by notification in Official Gazette, in which any part of the Forces is quartered or which, being in the vicinity of such place or places, is or are required for the services of such Forces. The establishment of Cantonments started during British period with the need for quartering the troops. Housing was the core objective. The first Cantonment was established in Barrackpore (35 km from Kolkata) in 1765 and the second at Danapore (Patna) in the same year.

Presently there are 62 Cantonments in the country located in 19 states and fall under the jurisdiction of 5 Army Commands. The total area covered by the Cantonments is 1,86,730 Acres and the population as per 2011 Census is 20, 91, 734.

Taking part in the discussion, Members of Parliament suggested that the Government should endeavour to build Smart Cantonments on the line of Smart Cities. Some members felt that MoD should take immediate steps to improve the living conditions of civilian populace in Cantonment areas. One suggestion was to allow existing owners to carry out repair and restoration work of the buildings and automatic extension of leasehold of property. Still some members felt that Army should not get itself bogged down in land management issues of cantonments, and instead, it should be left to civilian authorities to deal with the issues.