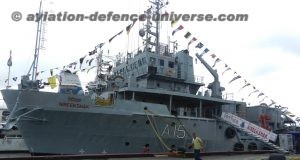 Kochi. 30 November 2017.  Based on the request received from the District Collector, Thiruvananthapuram for assistance in the search and rescue of six fishing boats with fisherman and one Marine Engineering vessel reported to be missing at sea near Vizhinjam, under the influence of the cyclonic storm “Okhi” that has developed in the Indian Ocean off Kerala, the Southern Naval Command has deployed Indian Naval ships Shardul, Nireekshak, Kabra and Kalpeni and two aircraft based at Kochi. 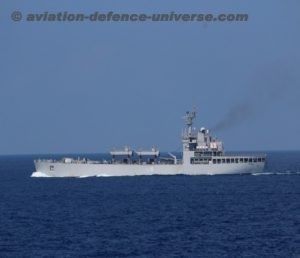 The ships and aircraft would carry out search and rescue (SAR) operations in the area and would continue to maintain at sea for any assistance required by the civil administration till the cyclone crosses coast.

The Southern Naval Command is also gearing up for any Humanitarian Assistance and Disaster Relief (HADR) that may be required due to the effects of the storm in the Southern part of Kerala.