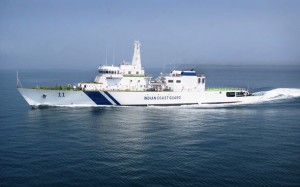 New Delhi. 02 February 2016. A strong sense of tradition, perpetually on active duty, chronically underfunded, entrusted with a vast array of responsibilities, but often overlooked, under the wings of the big brother Indian Navy—-the Coast Guard in forty years seems now to have come of age.

2016 has been an year in which Indian Coast Guard (ICG) has not only augmented its presence in the Indian waters but also seems to be coming out of the shadows of the big brother Indian Navy. The year gone has been an year of action and activity for ICG . On an average 12 ships per day at sea and five aircraft are engaged in surveillance, which means that a  total of  3,616 ship days at patrol was clocked to keep the enemy at bay. 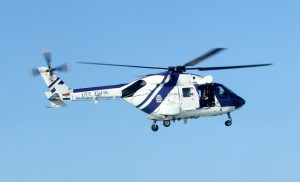 From a modest beginning of just 7 ships in 1978, the service has grown into a formidable force with 42 stations and 126 ships, 62 aircraft in its inventory. By the turn of present decade, the Coast Guard is likely to have an inventory of 150 ships and 100 aircraft.

As the fourth largest Coast Guard in the world, the Indian Coast Guard has played a significant role in securing the Indian coasts and enforcing the regulations within the Maritime Zones of India. True to its motto “Vayam Rakshamah” meaning “We Protect”, the service has to its credit saving of 7,539 lives and apprehending 13,124 offenders since inception. 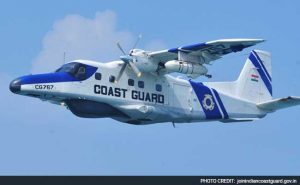 Keeping a hawk’s vigil on the Indian coasts, the service has provided a robust coastal security mechanism, which has led to seizure of contraband worth around Rs.1130 crores since inception and about Rs. 600 crores in the last two years.

And the little brother  flew out from the wings of the big one in 2016 when DG Rajendra Singh took over the charge of the Indian Coast Guard (ICG) as the 22nd Director General of the service. He is the first regular Coast Guard officer to have been elevated to the rank of the Director General.

Further with an aim to empower women, the ICG has employed Women Officers in combat roles on both Surface platforms as well as on air assets.

It is a maiden effort to bring all levels into the decision making in Indian Coast Guard, a Subordinate Officers conclave was conducted in consonance with the vision of the  Prime Minister on adoption of a collaborative approach towards decision making in the government departments.

An Air Enclave of Indian Coast Guards is about to come up in Vishakhapatnam. This will give a boost to the current negligible presence of ICG’s air power in the region. 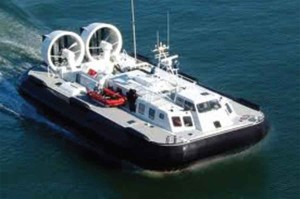 The overall objective of the Coast Guard is to reduce the loss of life on Indian sea’s, coastal areas and remote islands; to provide assistance to persons in danger at sea, to coordinate searches for missing persons at sea or on the coast; to provide support on request to statutory bodies or agencies particularly in emergency response; to intervene as necessary in marine casualties; to monitor maritime traffic within our EEZ, to prevent or minimise damage to the marine environment within the Exclusive Economic Zone, harbours and maritime local authority areas and to preserve property when possible.

To deliver this the Coast Guard has in place rescue, security, ship casualty and pollution response regimes and ensures that where incidents do occur, there is an appropriate level of emergency preparedness and response to save life and to protect the quality of the marine environment.

Indian Coast Guard has left no stone unturned in tirelessly protecting  the coasts. The nation will always remain grateful to them for their valour.