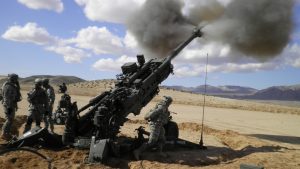 New Delhi. 25 June 2016. It has been a long wait coming steps nearer  to an end.   Defence Acquisition Council (DAC), chaired by Defence Minister Manohar Parrikar today approved the procurement of 145 Ultra Light Howitzers through the Foreign Military Sales (FMS) route from US.

A wait not only for BAE and its Indian partner Mahindra but also for Indian Army which has been waiting to get the latest guns for the last twenty plus years. It will be the first acquisition of such guns  in three decades since the Bofors came into the army amidst skepticism and scandals.

Worth about Rs 5,000 crore the delivery of these guns will be in India  and the DAC has also shortened the supply period of the guns. India had sent a letter of request to the US government showing interest in buying the guns  and the US had responded with a Letter of Acceptance (LOA). This letter will now be sent back to the US and the process for the payment of first installment will begin.

BAE will invest about USD 200 million in the offsets of this deal. While 25 guns will come to India  in a ready to use condition, the rest will be assembled at the Assembly Integration and Test facility for it in India. For this BAE has  joined hands  with old friend and partner  Mahindra.

BAE Systems in an official statement to ADU says, ” We are pleased that the Indian Government is progressing the Foreign Military Sale of M777 Lightweight Howitzers. This combat-proven system will provide the Indian Army with superior artillery capability at an advantageous price with early deliveries. Moreover, our link with the domestic Assembly, Integration and Test facility demonstrates BAE Systems’ commitment to “Make in India” and remains a firm part of our strategy to work with the Indian Defence sector across Air, Sea, Land & Security. We will continue to support the two Governments to progress to contract agreement. As committed, BAE Systems worked collectively with the USG in order for us to maintain escalation in the new LOA to under 6% of the 2013 submission, whilst maintaining delivery of systems within six months following the implemented Letter of Agreement (LOA).” 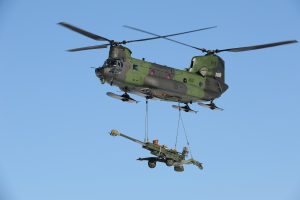 The M777 howitzer is a towed 155mm artillery piece, since 2005 successor to the M198 howitzer in the United States Marine Corps and United States Army. The M777 is also used by the ground forces of Canada and Australia. It made its combat début in the War in Afghanistan.

The M777 is manufactured by BAE Systems’ Global Combat Systems division. Prime contract management is based in Barrow-in-Furness in the UK as well as manufacture and assembly of the titanium structures and associated recoil components. Final integration and testing of the weapon is undertaken at BAE’s facility in Hattiesburg, Mississippi.

It is smaller and 42% lighter, at under 4,100 kg (9,000 lb), than the M198 it replaces. Most of the weight reduction is due to the use of titanium. The lighter weight and smaller size allows the M777 to be transported by the MV-22 Osprey, CH-47 helicopter or trucks with ease to provide increased mobility and more compact storage over the M198. The minimal gun crew required is five, compared to a previous nine.

The gun  uses a digital fire-control system similar to that found on self-propelled howitzers such as the M109A6 Paladin to provide navigation, pointing and self-location, allowing it to be put into action quickly.  The M777 may be combined with the Excalibur GPS-guided munition, which allows accurate fire at a range of up to 25 miles (40 km). This almost doubles the area covered by a single battery to about 1,250 km2. Testing at the Yuma Proving Ground by the US Army placed 13 of 14 Excalibur rounds, fired from up to 24 kilometres (15 mi), within 10 meters of their target,suggesting a circular error probable of about five meters. 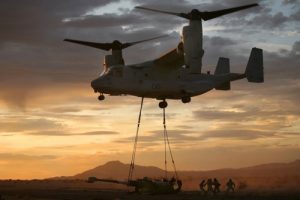 Ministry of Defence cleared the proposal for buying 145 guns for $660 million on 11 May 2012 through the Foreign Military Sales (FMS) route of the US government.  This had to be put up before the Ministry of Finance for clearance and will subsequently be taken up by the Cabinet Committee on Security for final approval. On 2 August 2013, India requested the sale of 145 M777 howitzers for $885 million. On 24 February 2014 the purchase was again postponed. On 11 May 2014 the purchase was cleared by India’s Defence ministry. On 11 July 2014, the Government of India announced that it would not order the guns because of cost issues. On 22 November 2014, the selection process was restarted under the “Make In India” program. On 13 May 2015, the defence ministry approved Rs 2,900 crore to buy 145 American M-777 ultralight howitzers from USA.

After all these hiccups and  many a slip between the cup and the lip, it now seems that the process should  be coming to its logical conclusion.  The wait seems to be getting over.