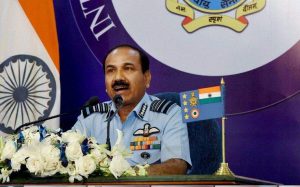 Caution was the buzzword perpetuated by the IAF in the room overflowing with journalists at the Chief of Air Staff’s annual press conference prior the Air Force Day. No questions on the surgical strikes was the instruction and the fact is they stuck to it. And the truth is that there is actually much more to the IAF and its readiness than the current geopolitical situation.

He said he was expecting IAF’s fighter jet fleet to grow over the next few years and provide better capability, though the force was absolutely capable  to take on any contingency, but it could have been better. “Our capability is not towards a particular country,” he said without naming Pakistan.

The situation is “live” in the wake of the surgical strikes on terror launch pads across the LoC and the armed forces are ready to deal with any challenge, he added. But he did not give much importance to Pakistan Air Force’s “High Mark” exercise took place at a time when tension between India and Pakistan was at its peak. It was merely a matter of chance he reiterated.

Describing the Rafale fighter jets as “exceptional”, Air Chief  said the force would like to have more of the aircraft and insisted that the recently signed contract for 36 fighters was better than other such deals. He also stated that “unsolicited offers” that India has received from Boeing, Saab and Lockheed Martin to manufacture fighter aircraft in India were in consideration under the Make in India plan and  said the company which offers the best deal will be selected.

“I mentioned earlier that the government of India and the Air Force are thinking of getting another fighter aircraft production line in India under manufacturer licence. It will be proper transfer of technology so that we have good share of technology and India will become a hub for manufacturing as well as repair and overhaul,” Raha said.

“Whosoever gives the best deal; they are all very capable… I think Gripen is latest in terms of generation. It is a new aircraft compared to F-16, but it depends on the capability and what sort of technology transfer in terms of depth and quantity and quality, and of course the price tag, will decided which aircraft will be manufactured in future under the ‘Make in India’ initiative. It is on the table and nothing is decided yet.” 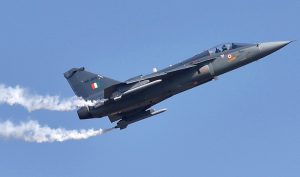 He also informed that the  light combat aircraft Tejas would be induscted in six squadrons, including the upgraded version. He said the next version called Tejas Mark-A would come with better radar, weapons, avionics, and its production will start in 2021.  Tejas has so far got only the initial operational clearance.The final operational clearance (FOC) for Tejas is awaited which, Raha said, will be coming in five to six months.“We have also cleared formation of a squadron with FOC version towards which HAL is working very hard. We are sure that in five to six months, the clearance will be obtained and the company will start production of this aircraft as well,” he said.

IAF will  also upgrade the Sukhoi 30 MKIs  and the Jaguars. The BrahMos missiles will also be integrated on the  Sukhoi 30 MKI  and a live fire should be tested in three to four months.

Throwing light on the  inter-government agreement with Russia for the purchase of a fifth-generation aircraft, he said that the discussions are in an advanced stage and a “lot of clarity” has come in the matter.

The IAF chief, who heads the Chiefs of Staff Committee (CoSC), a body of the three service chiefs, said he hoped the government would resolve the issues of the 7th Pay Commission which have been put forward by the forces for its consideration. Principles that were applied to both civil and military had some discrepancies and within the defence pay matrix  were a number of anomalies, he said.

For the first time in years of covering this annual press conference there were no formal opening remarks by the Air Chief.